Lebanon’s hotels unlikely to survive crisis, as occupancy rates at 10% the lowest average since years 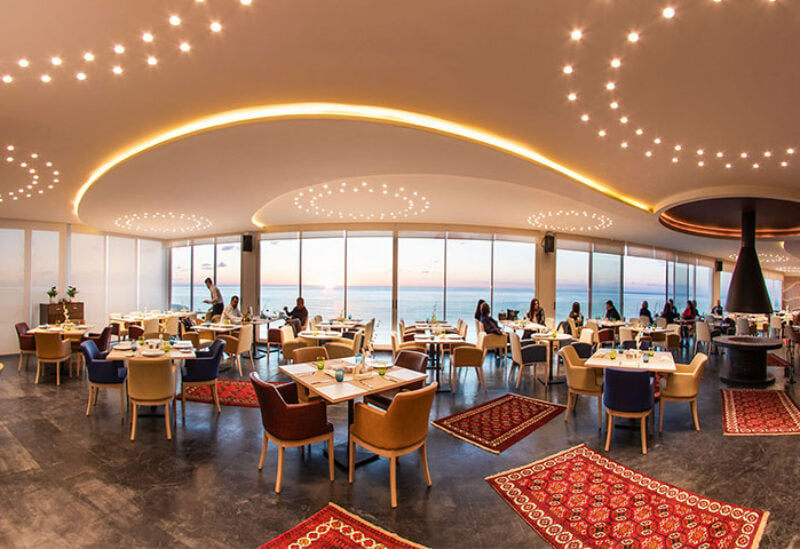 Hotels in Lebanon suffering from a harsh economic and political crisis

The political and economic crisis shook the country’s dynamic and well-known hotel industry sector particularly hard, and turned many hotel businesses upside down.

According to Ernst & Young’s Middle East hotel benchmark survey, Beirut hotel occupancy in five and four star hotels reached a rate of 29 percent in January 2021, down from 34 percent in January 2020. But Pierre Achkar Head of the Syndicate of Hotels in Lebanon, said in an interview with ‘Sawt Beirut International’ that these numbers are exaggerated, and don’t reflect the reality, because most of Beirut’s five and four star hotels, nearly 1,500 hotel rooms, are closed due to Port of Beirut Blast. In addition to coronavirus pandemic and its repercussions, which damaged hotels harshly. These include Four Seasons Hotel, Le Gray, Phoenicia Intercontinental, Monrot, Ramada Plaza by Wyndham Beirut Raouche, and Bristol.

Ackhar said that hotel occupancy rates in Beirut are on average between 10 and 15 percent in Beirut, but it does not exceed five percent outside Beirut and across the country. Following the revolts of October 2019, hotels have put in place cost cutting measures such as minimizing the cost of energy by shutting down some floors and elevators and decreasing the usage of diesel and fuel. Beirut’s five-star hotels were reporting average room occupancy rates of 60 to 70 percent before October 17 revolution. “Previously, we were able to dream, but our rulers’ practices have deprived us from dreaming,” Achkar said.

According to Achkar, hotel guests are currently restricted to businessmen and representatives from consulting and research firms that are visiting the country to conduct research and studies either for reconstruction of Port of Beirut, or for power generation projects. Guests also include non-profit organization (NGO) employees that are visiting the country for humanitarian support and to study the needs of people.

Long stay hotels that offer long term accommodation for guests, have witnessed better performance, as it rely on delegations coming from NGOs or embassies. Walid Baroudi, General Manager of Key Apart Hotel said to ‘Sawt Beirut International’ that occupancy rates are between 45 and 50 percent. Long stayers include mainly NGO employees, diplomatists, and representatives of medical companies.

The security and political situation deprives tourists from visiting the country. Data published by Information International indicates that the number of murders and robberies increased by 2.4 and 162 percent respectively. Achkar said that such news are wide spreading via social media platforms making tourists hesitant about coming to Lebanon. Achkar added that most of the European and American countries have warned their citizens against visiting Lebanon.

It takes time to rebuild trust

The hospitality sector, heavily dependent on international tourists, was supposed to benefit from the devaluation, and from the drop of Lebanese pound against dollar, as the country became less expensive for tourists who spend in US dollars. Achkar said: “Unfortunately, the touristic sector didn’t benefit from devaluation, due to the political and security uncertainty which is banning tourists from visiting the country.”

Achkar said that the only ray of hope will come from locals who used to organize abroad touristic trips to countries such as Turkey, Cyprus, and Egypt. “This category, due to the financial calamity along with the coronavirus pandemic, will prefer organizing local touristic trips rather than traveling abroad. However, hotels and guest houses in rural regions such as Ehden, Zgharta, Jezzine, Broummana, and Bekaa, will benefit from the activity coming from this category and not Beirut hotels.”

According to Ernst & Young, Beirut’s hospitality market experiences an Average Daily Rate (ADR) growth of 142 percent from $88 in January 2020 to $213 in January 2021, which led to an increase in Revenues Per Available Room (RevPAR) by 110 percent over the same period.

However, Achkar indicated that the average room rate are between 300,000 and 500,000 LBP, which is equivalent to $20 and $40 at the black market’s exchange rate. “Hotels didn’t increase the prices, but the devaluation had made it too cheap for tourists,” Achkar said.

Baroudi said that they are charging guests at the exchange rate of 3,900 LBP, keeping the prices stable, between $100 and $150.

Achkar said that hotels are registering huge loses, and were obliged to layoff around 50 percent of their staff, and they are operating around 20 percent of their premises only, and the restaurants are closed. Clients are provided only accommodation and breakfast.

“We are in a surviving mode, and we have reduced the margin profits to sustain,” said Barouid.

To help hotels and touristic institutions cope with the current situation, The Finance and Budget Committee has decided to exempt the touristic institutions from belated fines on taxes, fees and contributions, as well as the interests on loan installments until March 31, 2022. The decision stated that all the dues should be paid before this date. Achkar said that this decision will delay but will not solve the problem. “Governments in the world has stood by the firms by paying around 80 percent of the employee’s salaries, and giving companies around 20 percent of their annual turnover, but this didn’t happen in Lebanon.

The outlook remains bleak, and even if a government is formed today, the economic situation will take time to improve – until then, the hospitality sector will continue to suffer. Leisure tourists need time to forget and rebuild their trust in Lebanon while local and regional corporate bookings will be influenced by the economic situation in the country. “We are not sure all hotels will be able to survive this crisis,” Achkar said.