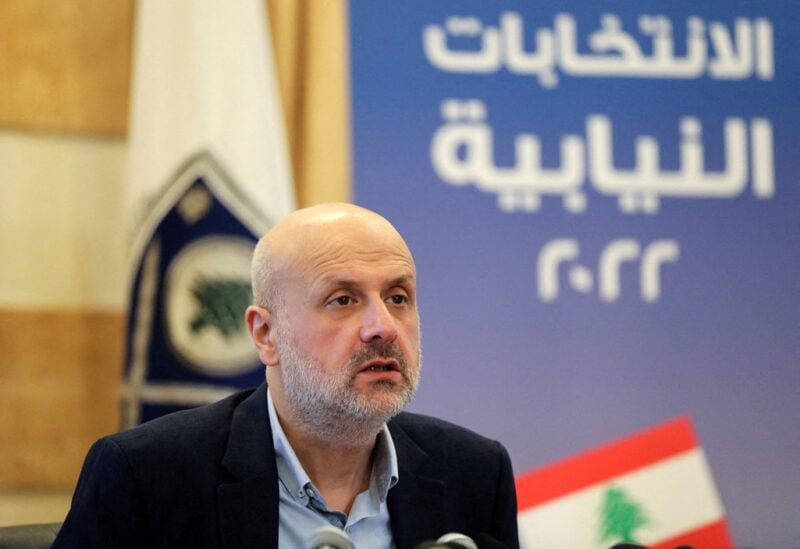 Lebanon's Interior Minister Bassam Mawlawi speaks during a press conference as he announces final results for some districts in Lebanon's parliamentary elections at the Interior Ministry in Beirut, Lebanon May 16, 2022. REUTERS/Mohamed Azakir/File Photo

Lebanon’s Caretaker Minister of Interior, Bassam al-Mawlawi, affirmed on Friday that security is maintained in Lebanon and will remain preserved even after Oct. 31, when the term of President Michel Aoun ends.

Mawlawi’s comments came during his meeting with Grand Sunni Mufti of the Republic, Abdul Latif Derian, congratulating him on the anniversary of the Prophet’s birthday.

“His Eminence has stressed that Lebanon should remain stable, both on the security and political levels, to reach economic and financial stability,” Mawlawi said, vowing keenness to maintain security.

The minister admitted that the situation in the crisis-hit country is complex, but praised the “unifying positions of the Grand Mufti”, which he said bring all the Lebanese together under coexistence and national interest.

Asked about the presidential elections and maintaining security during that delicate stage, the minister explained that electing a president must take place within the constitutional timeframe and that the matter is up to the members of the parliament.

Mawlawi stressed that security is under control and will remain so, especially after Oct. 31, vowing to work around the clock to ensure stability in the country.

He stressed that Lebanon should not be a source of harm to the Arab countries.