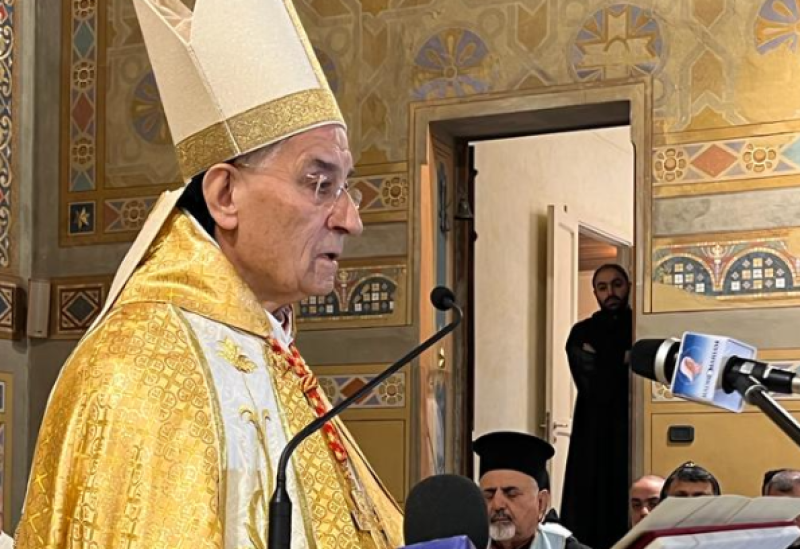 Lebanon’s Maronite Patriarch Beshara Al-Rai continued to blame the parliament for obstructing the election of a president, accusing Speaker Nabih Berri of “violating the internal rules”.

“Reveal (your intentions) you disrupters of the presidential election sessions,” he said during his sermon, during a Sunday mass in Rome’s Mar Maroun church.

“Regardless of the custom that states that a quorum of two-thirds of the members of the House of Representatives is required in the session to elect the President of the Republic, we must not forget the legal principle that says: ‘There is no custom contrary to the constitution,” Rai stressed.

He continued: “Article 49 of the constitution stipulates the election of the president by two-thirds of the votes in the first session, and in the next and subsequent sessions by absolute majority (half plus one).”

Seven successive parliamentary sessions have failed to elect a new president due to deep divisions between political rivals.

The patriarch noted that Parliament “cannot continue to deliberately delay and manipulate the election of a president, who ensures the continuity of the Lebanese entity and maintains order.”

Rai also stressed that the essence of the Lebanese system was based on cultural and religious pluralism and coexistence, as well as participation in governance and administration, in line with the National Pact and the Constitution.