Lebanon’s retailers reopen but no customers in sight 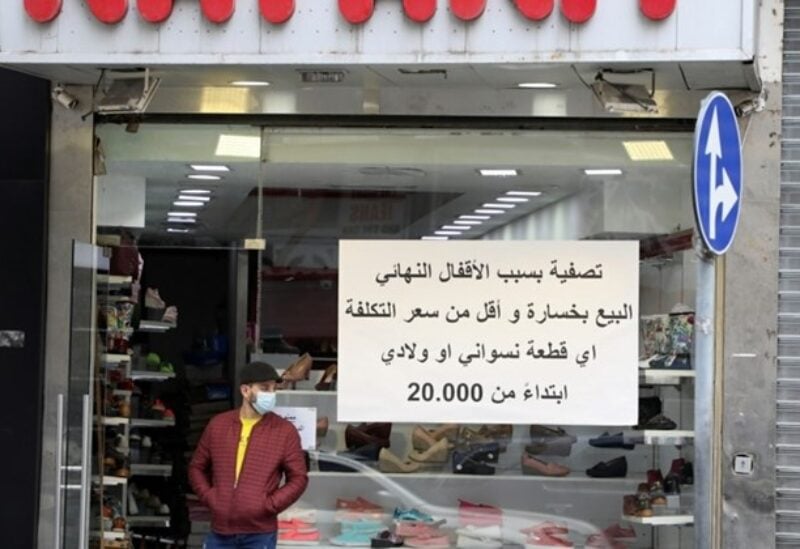 BEIRUT: After successful lobbying from trade associations, the caretaker government allowed the premature reopening this week of retail stores, but with Lebanon’s collapsing currency customers are shying away while business owners sink further into losses accumulated by the country’s multitude of crises.

The Daily Star spoke to shop owners in the city who had opened their doors this week for the first time in nearly two months, all of whom were despondent that they would come close to making up for months of lost revenue, citing the economic collapse of the country and the plummet in the value of the local currency, which culminated Tuesday as the pound fell to a record low 10,000 to the dollar on the black market.

“It has been four days with no customers. I think one person came in for a visit only,” Georges Mansour, owner of a home ware shop near Sassine Square told The Daily Star Thursday.

Lebanon’s retail sector is at the forefront of the country’s acute economic meltdown which has now entered its third year. Furthermore, the impact of the COVID-19 pandemic which closed down businesses for much of the last year has accelerated the country’s financial demise, cutting salaries and causing the unemployment rate to skyrocket.

Another factor has been the extreme devaluation of the Lebanese pound, which has diminished consumer spending power. Pegged to US dollar at LL1,500 by the Central Bank since 1992, the last 18 months has witnessed staggering falls against the dollar on the black market, sending shockwaves and sparking protests throughout the country as many fear its continued demise.

After huge losses from the impact of the explosion of the Beirut Port, which destroyed every item in the shop combined with months of lockdown, Mansour’s store is hemorrhaging money. He said for the first time he was considering closing the business. “If this continues for two or three more months, we can’t [go on]. Leave the country, I don’t know.”

In other coronavirus pandemic hit countries, reopened shopping malls has meant queues of eager customers, starved of spending at their favorite outlets ready to splurge after months of staying at home, saving, and enjoying state subsidies.

Yet in Lebanon, where inflation soared to 85 percent last year and the government has failed to offer little to no state support pushing half the country into poverty, shopping for anything other than food and medicine has now become a luxury barely any citizen can afford.

According to The Central Statistics Department figures for CPI, furnishings and household equipment surged by 7.6 times in December 2020 from the same month last year, while prices of clothing and footwear 6.6 times.

On Hamra’s Makdessi Street, characterized by fashion stores where locals used to shop for Italian-made leather shoes, designer handbags and tailored shirts, the only human activity is from the shopkeepers.

Mohammed al-Sabeh has served just two customers in his shop since Monday – neither of them locals.

“One guy from Dubai came in and bought shoes and three shirts, oh and a Nigerian man came and bought some shoes also,” the 62-year-old told The Daily Star.

A consequence of the Lebanese pound’s devaluation means that for those who have access to US dollars in cash, which is now likely coming from abroad and exchanged on the black market, spending has become cheap.

“Locals are only buying to eat now … my old customers don’t have money to buy from shoe shops,” Sabeh said.

Nicolas Chammas, president of Beirut Traders Association, the syndicate that pressured the caretaker government’s coronavirus committee into the premature reopening of the retail sector, told The Daily Star that the country’s economy has traditionally benefited from an inflow of foreigners, whether from Lebanese expatriates or other Arab nations.

But with international travel jeopardized by the coronavirus, Chammas admitted the country is unlikely to profit any time soon:

“Realistically, I don’t see any meaningful number of people coming to Lebanon before, let’s say, the summer.”

In addition, Chammas said the extremely slow sales whether at markets or malls, is a result of the low purchasing power of the population. “We have to remember in the past two or three months, thousands of Lebanese have lost their jobs and without substitute revenue they are practically without any possibility to purchase, especially as savings are locked in the banks.”

Lebanon’s economic woes are a result of decades of careless government spending in parallel to growing debt, with corruption and mismanagement mixed in that has paralyzed banks and forced them to freeze customer accounts. The population has seen life savings become worthless and inaccessible, reducing dollars to numbers on a screen.

For textile shop owner Ahmad in Sanayeh, the fluctuating value of the local currency coupled with lockdown restrictions, has left him struggling to cover his expenses like paying employees and bills, as customers shy away at his raised prices, a result of currency collapse.

Before the crisis Ahmad would keep profits in pounds as it remained stable at LL1,500 rate, “but now every three days the rate is changing.”

His voice perked up when asked how business was before the economic meltdown truly took hold, which is often attributed to the last quarter of 2019.

“It was lovely; 2019 and before we were working. Even though politically it was not good, at least the currency was stable.”