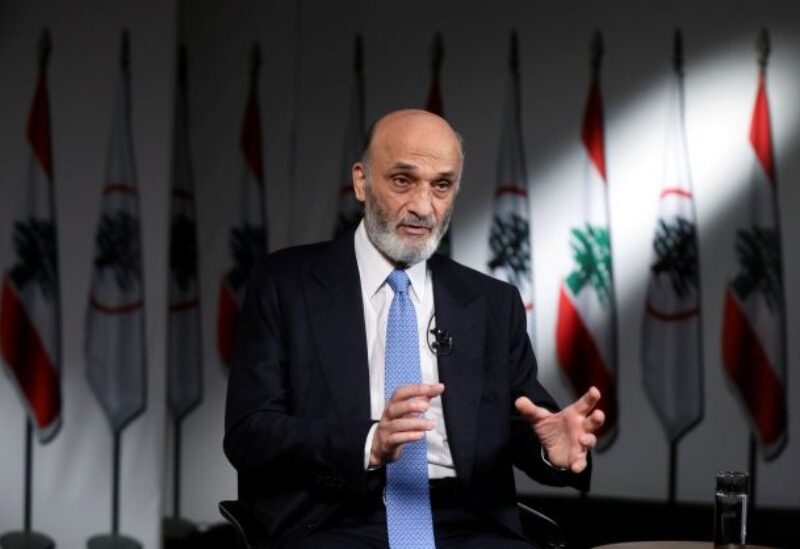 One of Lebanon’s leading Christian lawmakers accused Hezbollah and its supporters of attempting to postpone a March parliamentary election due to electoral defeats, saying that such a move would doom Lebanon to a “slow death.”

Western donors, on whom Lebanon is on to keep its economy afloat, have stated the referendum must take place. Politicians from all sides, including Shi’ite Muslim Hezbollah, have frequently stated that it must happen or the country’s status will suffer additional damage.

However, Samir Geagea, the commander of the Lebanese Forces and a Saudi Arabian supporter, blamed Hezbollah and its backer President Michel Aoun’s Free Patriotic Movement for attempting to postpone the vote “because they are almost confident that they would lose their parliamentary majority.”

Aoun said this month he would not sign authorization for the vote, approved by parliament, to be held on March 27 as the date was too early.

Asked whether a postponement would lead to more fighting after clashes last month between the Lebanese Forces and Hezbollah, Geagea, said: “Not fighting, but to more slow death.”

“With the current way things are going, state institutions – and so the state – is dissolving day by day,” he told Reuters at his residence in the mountains overlooking the coastal town of Jounieh.

Lebanon has no reliable opinion polling but should the election take place, Geagea’s party is widely expected to make gains, with the Free Patriotic Movement expected to lose seats, potentially robbing Hezbollah of its majority.

Without an election to shake up parliament “you will see more of the same”, Geagea said. The United Nations says the economic meltdown has left nearly 80% of people in poverty.

Lebanon’s government, formed from most major political parties in September following a 13-month period of political paralysis, has already not convened in nearly 50 days amid a push by Hezbollah and its allies to remove the judge investigating the deadly August 2020 Beirut port blast.

Adding to the economic peril, Lebanon is facing a blast of Gulf Arab anger after a prominent broadcaster-turned-minister levelled blunt criticism at Saudi Arabia, in a row that has further strained Beirut’s ties with once generous benefactors.

Geagea, who maintained close contact to the Saudi ambassador in Beirut, said Hezbollah’s increasing influence was the main problem behind the rift that is harmful to Lebanon’s economy.

“We see Saudi and the Gulf as economic lungs for Lebanon,” he said.

Geagea’s Lebanese Forces is the second largest Christian party in parliament. It has stayed out of the cabinet since a popular uprising against the sectarian elite in 2019.

But the group was thrust back into the headlines when tensions over the probe erupted into the worst street violence in more than a decade last month, reviving memories of the country’s 1975-90 civil war.

Seven people, all followers of Hezbollah and its ally Amal, were killed.

Hezbollah accused the Lebanese Forces of ambushing its supporters at the protest. Geagea confirmed supporters of his party, along with others, were involved in the clashes, but denied the move was pre-meditated and blamed Hezbollah for entering Beirut’s mostly Christian Ain Al-Remmaneh neighborhood, a strong support base for the Lebanese Forces.

During Lebanon’s civil war, the Lebanese Forces, under Geagea, was a right-wing militia that controlled swathes of territory including eastern Beirut.

Following October’s clashes, Hezbollah’s leader Sayyed Hassan Nasrallah accused it of seeking to start a sectarian conflict and warned Hezbollah had 100,000 fighters at his disposal.

Geagea denied Nasrallah’s allegation that the Lebanese Forces had 15,000 fighters, saying the party had 35,000 members of whom only some had personal arms and perhaps more than 10,000 – “the whole old generation” – had military training.

Geagea said the Lebanese Forces did not seek a physical confrontation with Hezbollah and were not concerned about the breakout of sectarian violence due to the role of the Lebanese Army in maintaining civil peace.

However, he said he had limited his movement and was not leaving his mountain residence in Maarab due to security threats, without giving further details.