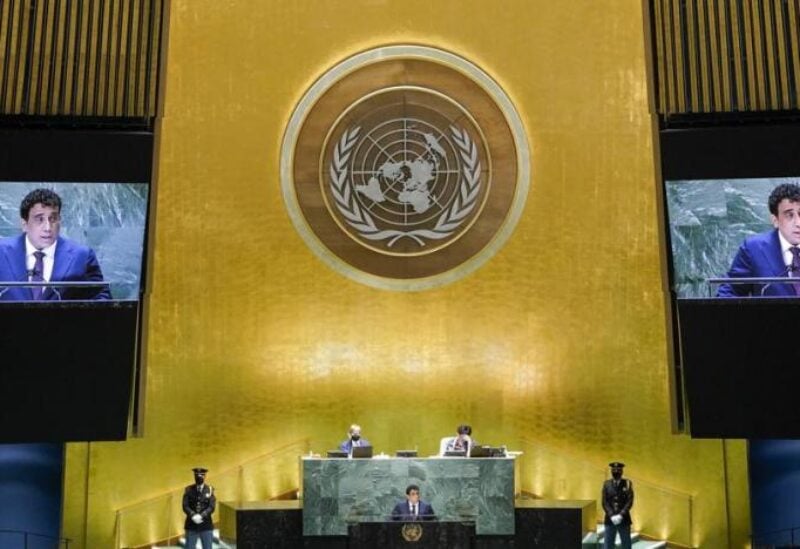 Libya’s fragile unity government hosts senior foreign officials on Thursday to drum up support on spiky transitional issues as the war-torn country gears up for a landmark December election.

The conference comes two months ahead of planned presidential polls under a United Nations-led peace process that seeks to end a decade of conflict and chaos.

Libya and the UN have been striving to turn the page on the violence that has wracked the country since a 2011 NATO-backed uprising toppled and killed dictator Moamer Kadhafi.

A ceasefire between eastern and western factions last year led to a unity government taking office in March with a mandate to take the country to elections.

The presidential vote is set to take place on December 24, but legislative polls have been delayed, with a date to be set in the new year, amid east-west wrangling.

Thursday’s conference aims to “gather the necessary support, in a transparent way” for the presidential election, said Foreign Minister Najla al-Mangoush in a video published by her ministry on Sunday.

Foreign powers have been pushing hard for the election to be held as scheduled, after the date was agreed at UN-led talks last year.

But the process has been beset by sharp disagreements over the legal basis for the vote.

Libya expert Emadeddin Badi said the basis for the polls was “becoming more precarious by the day”.

But, he added, the conference aims to “capitalise on the momentum to see Libya stabilised, because several countries do actually want to see a stable Libya, even if on their own terms.”

Mangoush said the conference seeks to promote “respect for Libya’s sovereignty and independence (as well as) preventing negative foreign interference”.

Foreign powers have backed various sides in Libya’s complex war, and the presence of mercenaries and foreign troops is one of the toughest obstacles to a lasting peace.

Last December, the UN estimated that 20,000 foreign fighters were present in Libya.

They range from Russians sent by the shadowy Kremlin-linked Wagner group to African and Syrian mercenaries and Turkish soldiers deployed under a deal with a previous unity government at the height of the last round of east-west fighting.

The fate of these fighters will feature high on the agenda at Thursday’s conference, Mangoush said, adding that the foreign armed presence “represents a threat not just to Libya but to the entire region”.

The minimal progress since a January deadline for their full departure under a ceasefire deal reflects the complexity of the issue.

Earlier this month, a joint commission of eastern and western military commanders agreed a roadmap for their departure — but it lacked a timeline.

Tripoli has said a “very modest” number of fighters have left.

Last but not least on the list of Libya’s woes is the question of integrating and unifying the country’s armed forces under a single command — forces that as recently as last year were firing at each other.

And while in theory the country has a unity government, its east is largely controlled by military strongman Khalifa Haftar, widely expected to stand as a presidential candidate but despised by many in Libya’s west.