Loyalty to the Resistance bloc pushes for swift cabinet formation 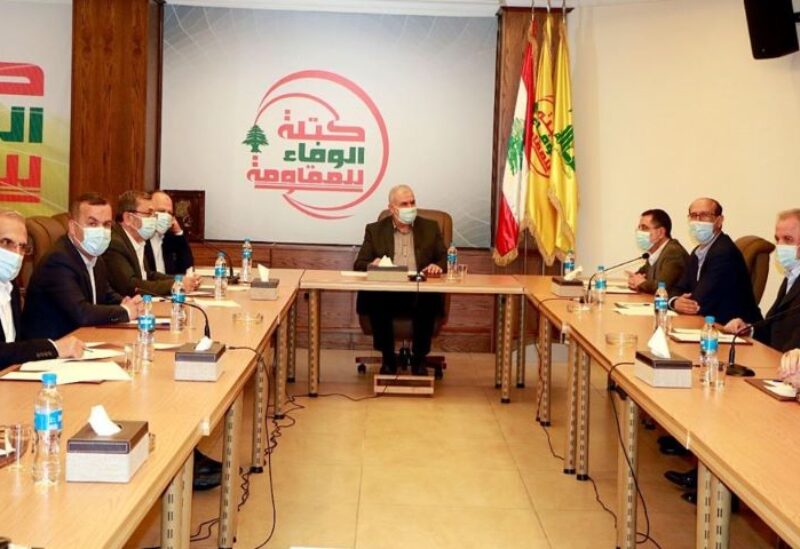 The “Loyalty to the Resistance” Parliamentary bloc on Thursday held its periodic meeting headed by MP Mohammad Raad.

A statement issued in the wake of the meeting said, “All the developments, disappointments, and transformations that we are witnessing on the Lebanese arena necessitate accelerating the formation of a government in order to prevent a complete and comprehensive collapse of the state’s structure, and what remains of its highly structured institutions.”

“We see that the horrific deterioration of the state’s conditions, the structure of its institutions, and its role, has failed to stir up the available alternatives among those concerned so far; dealing with government blunders has become a very normal matter that the Lebanese have become accustomed to, and they have been adapting to the disruption caused by it.”

The statement added: “The Loyalty to the Resistance bloc that shares the citizens’ concerns about the failure of efforts to form a government, the people’s aspirations towards finding solutions to problems that have been lingering over the past period at the economic, monetary, and social levels, not to mention the exorbitant price hike of food and basic foodstuffs, or the difficulty of obtaining medicine, gasoline, and diesel.”

Consequently, the bloc pushed for more efforts to form a new cabinet, deeming it an opportunity to salvage the nation from the current dire situation. It also called for the adoption of the required precautionary measures to curb the spread of the rampantly spreading Covid-19 variant “Delta”.