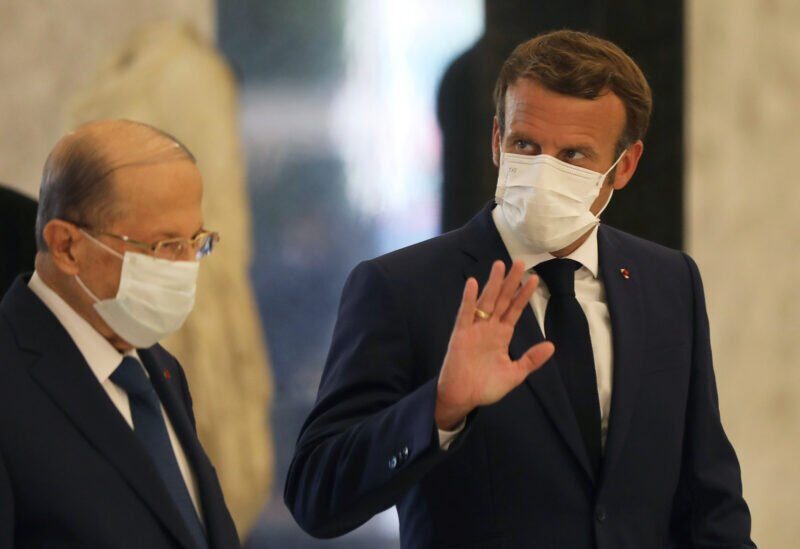 President of the Republic, General Michel Aoun, received a congratulatory message from French President Emmanuel Marcon on the occasion of the 78th anniversary of Lebanon’s independence.

In his message, the French President affirmed France’s support for Lebanon, stressing that France attaches the utmost importance to the stability, independence, security and sovereignty of this country.

President Macron also expressed his concern about the crisis in which Lebanon is currently witnessing, and pointed out that the formation of a new government was an initial stage to get out of the crisis, and “it must accomplish, with support, the reforms that the Lebanese authorities have committed to”, and it must launch its workshops as quickly as possible.

Then, the French President considered that “Recent violent incidents clearly show the magnitude of the risks associated with continuing to paralyze official authorities towards the challenges facing Lebanon. All of Lebanon’s true partners in the international community are ready to provide you with any assistance. But without strong measures necessary by Lebanese officials in order to restore confidence, Lebanon is afraid of doubling its regional isolation, knowing that France wants to help Lebanon get out of it”.

On the occasion of the Independence Day of the Lebanese Republic, I would like to extend to you, on my own behalf and on behalf of the French people, the best wishes of friendship towards the Lebanese nation.

France, as you know, is closely linked to brotherly relations between our two countries and peoples, and attaches the utmost importance to Lebanon’s stability, independence, security and sovereignty.  This country, which has always been an example of openness and freedom for the whole region.

Based on this valid reason, I would like to express my deep concern about the crisis in which your country has been plunged recently, which has taken on a multifaceted character in its economic, security, social and humanitarian aspects, in addition to the political one. I understand the extent of the difficulties the Lebanese have faced for several months, especially in their daily lives.

Undoubtedly, with the aim of getting out of this crisis, a preliminary stage has been completed, represented by the formation of a new government, which must, with your support, implement the reforms that the Lebanese authorities have committed themselves to, first to the Lebanese, as well as to the international community.

These reforms are in depth, and they must be launched as quickly as possible, in line with the requirements of all the true friends of Lebanon, as well as with the legitimate expectations that the Lebanese people have previously expressed.

I realize that you agree with me that the rise of Lebanon must pass through this path, and no one hopes to take a parallel path, which might jeopardize the public interest of the Lebanese, and even the stability of the country, to any risks.

The recent violent episodes clearly show the magnitude of the risks associated with the continued paralysis of official authorities in the face of the challenges facing Lebanon.

The time has come to show a tangible proof of respect for the meaning of history on the one hand, and for the spirit of responsibility that I know you have to get your country out of the current crisis. Rest assured that all of Lebanon’s true partners in the international community are ready to offer you any assistance. However, without strong measures necessary by Lebanese officials in order to restore confidence, Lebanon is afraid of doubling its regional isolation, knowing that France wants to help it get out of it.

And be confident, Mr. President, that France stands today, as it was in various circumstances, by the side of Lebanon and the Lebanese people.

President Aoun received Interior Minister, Judge Bassam Mawlawi, and tackled with him the general situation, and security affairs, in addition to the work of the Ministry and its affiliated directorates.