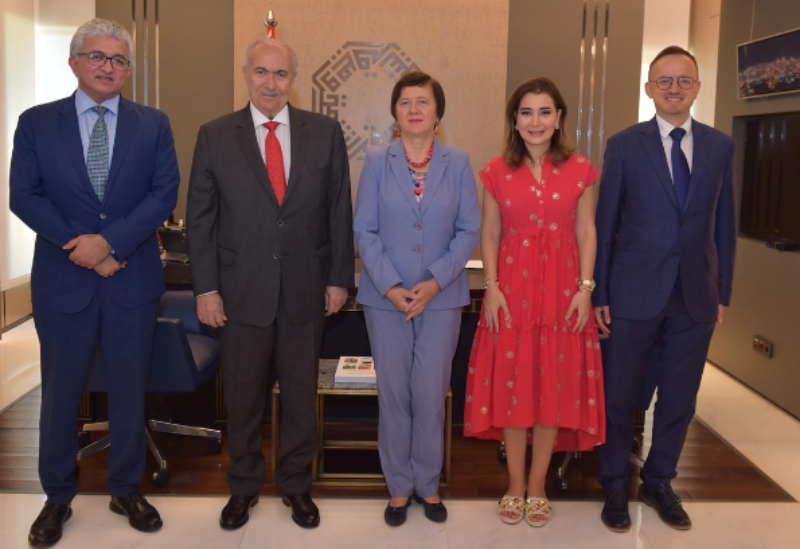 MP Fouad Makhzoumi of the National Dialogue Party visited the UN Special Coordinator for Lebanon, Joanna Wronecka, in his office in Downtown Beirut on Friday, in the company of Makhzoumi’s Political Adviser Dr. Carol Zwein.

The current local, regional, and worldwide situation were apparently discussed.

On the other hand, Makhzoumi received in his office Moroccan Ambassador to Lebanon, Mohammed Karin, whereby Makhzoumi underlined the importance of strengthening the Lebanese-Moroccan relations.