Man tries to burn himself as protests sweep across Lebanon 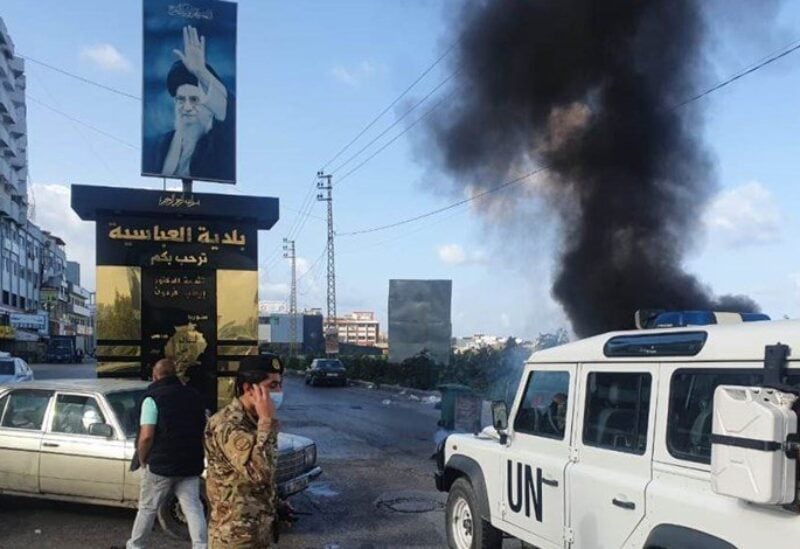 Protester tries to set himself on fire at Al-Abbasiyah intersection on March 8, 2021

A protester tried on Monday to set himself on fire at Al- Abbasiyah intersection after having poured gasoline on his body but was deterred by Lebanon’s Civil Defense forces, the National News Agency reported.

Nationwide protests have gained momentum today amid a months-long political deadlock and a high U.S. dollar exchange rate which had been spiraling in recent months but has recently hit an alarming level. The pound is being traded now at 10,200/10,300 against the dollar.

Fueled by anger, demonstrators coming from all regions took to the streets, blocking roads, burning tires and calling for a swift solution to the dire situation. They had previously vowed their movement would escalate as the pound currency dropped to more than 10,000 against the U.S. dollar.

The western lane of Jbeil highway was also blocked to traffic, TMC said, noting that Zouk, Jal El Dib and Antelias highways were closed in both directions.

Al-Cola intersection towards Cornish Al-Mazraa was cut off, in addition to Jiyeh highway, Khaldeh road, Dhour Al-Abbadiyeh – Aley, Hamra roads, and the vicinity of Mohammed Al-Amin mosque in Beirut.

As for the Bekaa region, protesters blocked roads in Qob Elias and Jdita Al-Ali, Al-Marj intersection before the tunnel, Zahle roundabout in both directions, Dein Zannoun – Riyak road as well as Saadnayel road in both directions where a tent was set up. 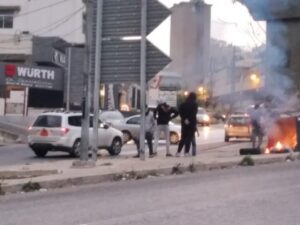 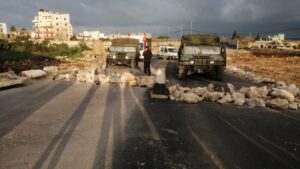