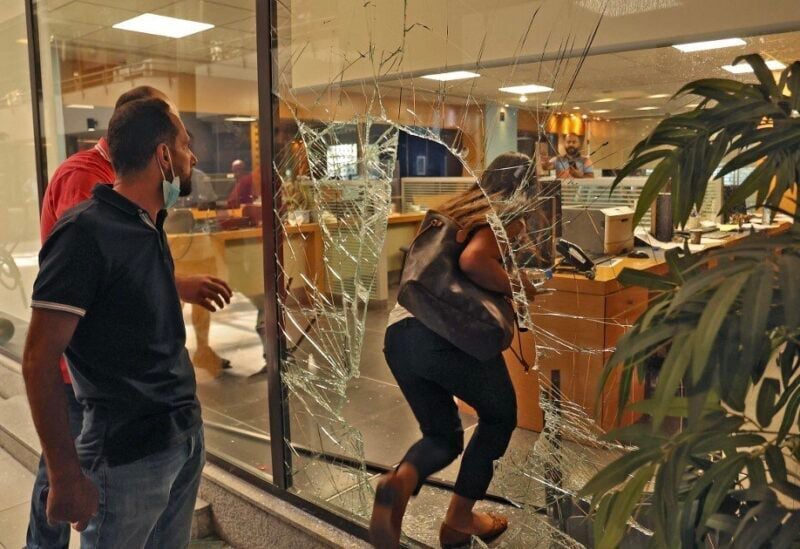 The Lebanese woke up this Friday morning to a series of incursions into Lebanese banks on all lands, which threatens to threaten security, after the Lebanese lost the ability to bear the aftermath of the crisis, and they had no other choice after the banks seized their money.

The Association of Banks decided to close banks for 3 days, starting next Monday.

This morning, the depositor, Muhammad Korkmaz, with his son stormed “Byblos Bank” in Ghazieh and threatened the employees with a military weapon and poured gasoline, threatening to burn the branch if his deposit was not given, according to what a source in the “Depositors Association” told Al-Nahar.

Korkmaz managed to get $19,200 from his deposit and it was handed over to someone who was waiting for him outside before he disappeared, and then he and his son turned themselves in to the security forces.
Some time ago, depositor Abed Sobra stormed BLOM Bank, Tariq Al-Jadida branch, taking hostages and demanding his deposit.

A depositor of the “Lebanese-French Bank” also stormed the Mraije branch, and another broke into “Blom Bank” – the Concorde branch.

The Association of Banks announced via Twitter that a depositor had broken into the Lebanon and Gulf Bank in Ramlet al-Baida with a hunting rifle.