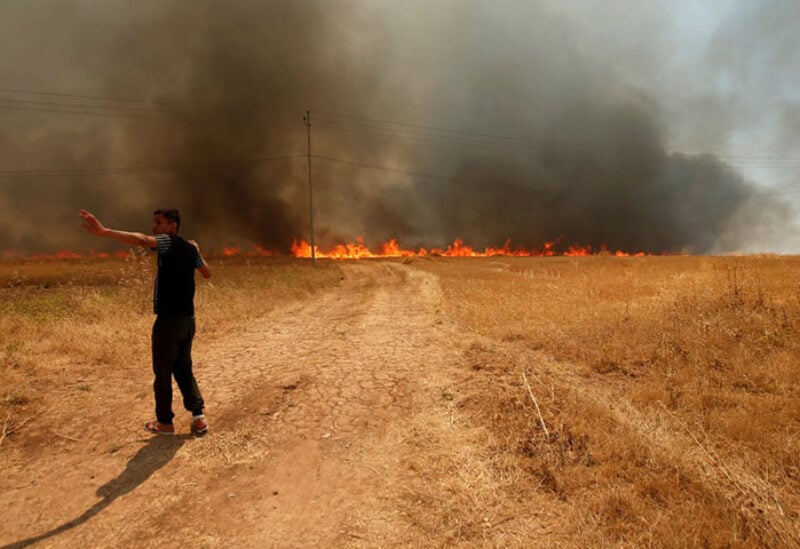 A huge fire broke out amid swathes of wheat plains between the towns of Gaza and Jeb Jennin in the west Bekaa and ravaged tens of dunams, amid strong winds that helped expand the fire, News state agency reporter said on Monday.

The civil defense fire brigades duly rushed to the fire scene and are currently working on extinguishing the unruly blaze, with the help of locals, in an attempt to save other areas that are most likely to catch fire due to the strong wind speed.