The sources indicate that this meeting will be followed by a series of meetings with representatives from the pharmaceutical and medical supplies sector to discuss importing issues and the dollar exchange rate that will be adopted by banks via the Central Bank electronic platform. 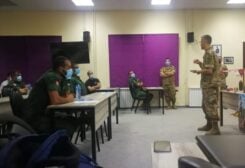