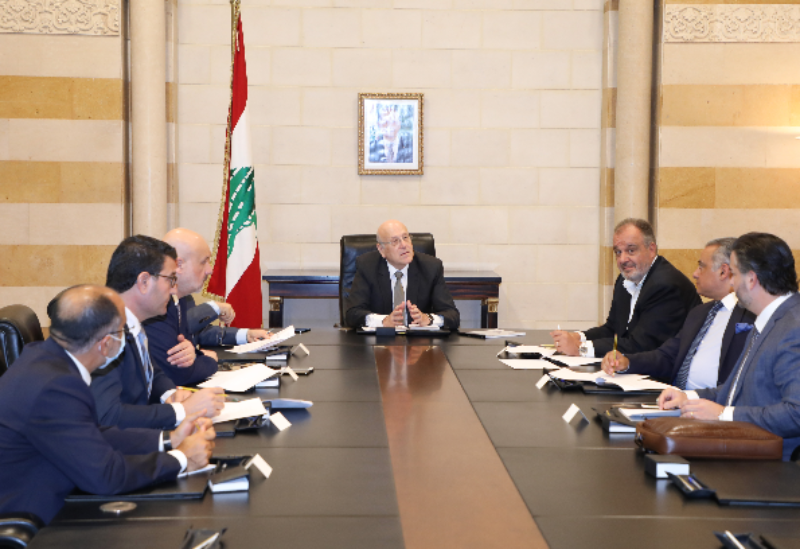 Najib Mikati, the designate prime minister, presided over a meeting of the “Food Security Committee” on Friday at the Grand Serail.

After the meeting, the committee reviewed three key concerns that affect people’ degree of food security, according to interim trade and economy minister Amine Salam.

“First, the meeting discussed the means to end the bread crisis in Lebanese markets. (…) We are all hopeful and confident that if efforts continue at the current pace, there will be no bread crisis again, especially since the World Bank loan will be implemented within a month from now, and the required credits will remain open to import wheat until the aforementioned loan is implemented,” Salam explained.

“As for the second issue, which is very important, it involves a decision to encourage the internal production of hard and soft wheat,” Salam added, requesting the purchase of wheat produced in Lebanon, amounting to approximately 40,000 tons, by local mills.

“As for the third issue, Mikati has requested of the Consumer Protection Directorate at the Ministry of Economy the implementation of all the necessary measures to control and monitor market prices in all sectors within the coming few weeks and months,” he added.

On another level, Mikati received Iraq’s ambassador to Lebanon, Haider Al-Barak, and handed him a letter to the Iraqi government requesting an extension of the fuel contract with Lebanon for one year.