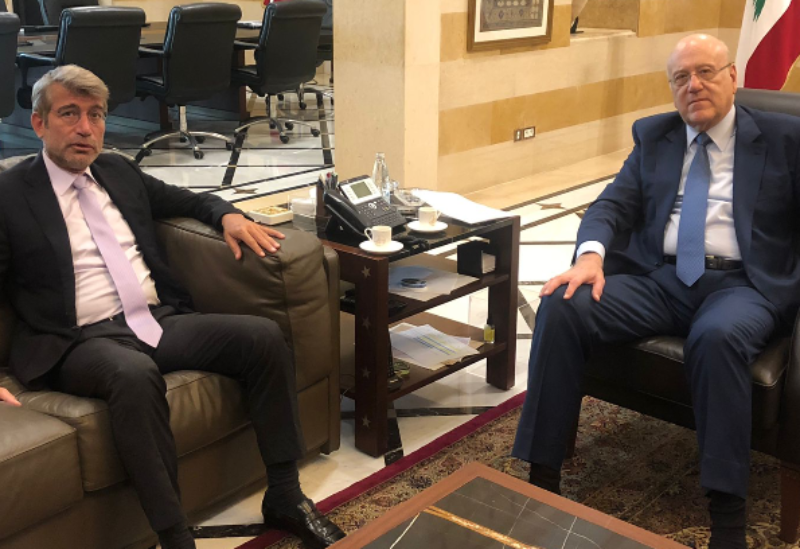 Speaking following the meeting, Caretaker Minister Fayyad said that he briefed the Premier on the developments in the electricity dossier.

Premier Mikati later welcomed, at the Grand Serail, Papal Ambassador to Lebanon, Archbishop Joseph Spiteri, who bid him farewell marking the end of his diplomatic mission in Lebanon.