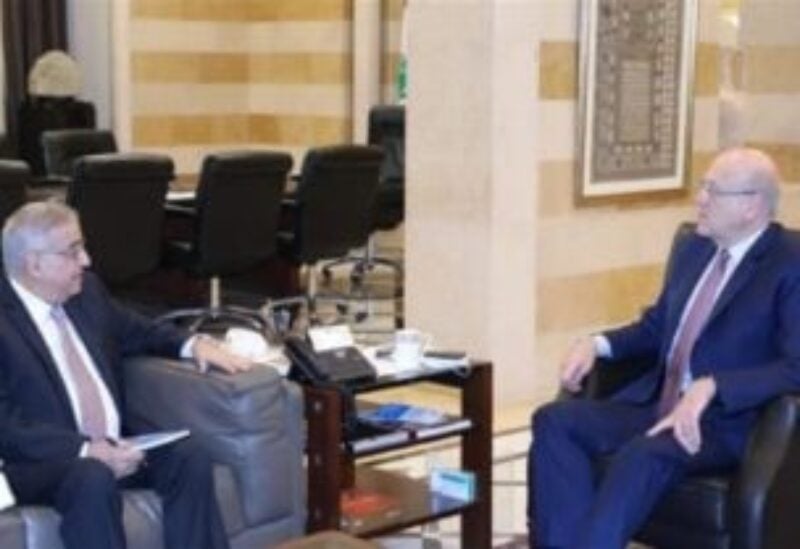 Prime Minister, Najib Mikati, on Thursday met with Minister of Foreign Affairs and Emigrants, Abdallah Bou Habib, and discussed with him his imminent visit to Moscow.

Touching on what is said about Moscow providing Lebanon with satellite images of the August 4 explosion, Bou Habib said: “This matter was requested by His Excellency President Michel Aoun, and I will discuss it during my visit.”

On the other hand, Premier Mikati met at the Grand Serail with a delegation of the Lebanese Banks Association, headed by Dr. Salim Sfeir, in the presence of Deputy Prime Minister Saade Chami.

Separately, Mikati welcomed at the Serail the Armenian Ambassador to Lebanon, Vahagn Atabekian, with whom he discussed the bilateral relations and the developments of the political situation in Lebanon and the region.

Among Premier Mikati’s itinerant visitors for today had been a delegation of the Makassed Philanthropic Association, headed by Dr. Faisal Sinno, with relevant affairs topping their discussions.

The delegation briefed the Premier on the Association’s forthcoming conference at the Dubai Expo upcoming January 27.