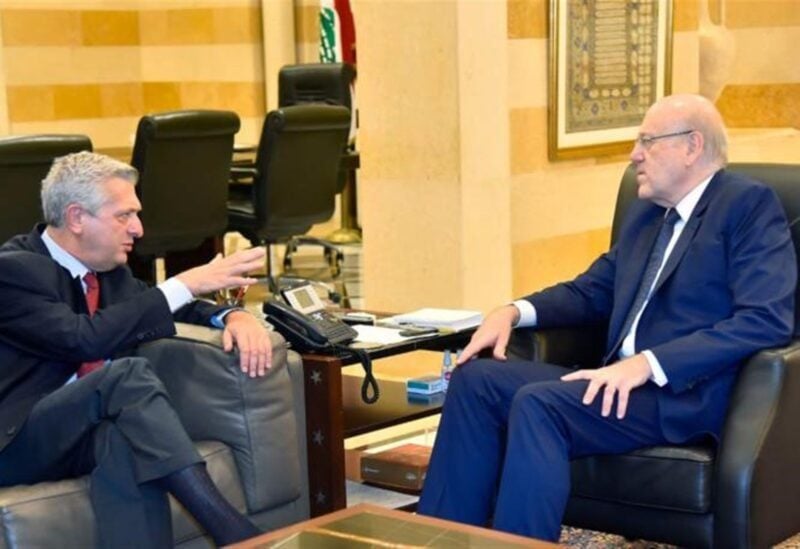 During the meeting, Mikati urged the international community to cooperate with the Lebanese government to end the crisis caused by the massive presence of displaced Syrians in Lebanon.

“Priority at this stage is for their repatriation,” he underlined.

The meeting was devoted to discussing the increase of prices of foodstuffs.

Afterwards, the PM respectively met with Health Minister Firas Abiad, Finance Minister Youssef Khalil, and Algerian Ambassador Abdel Karim Rakaybi, who came on a farewell visit upon the end of his mission in Lebanon.