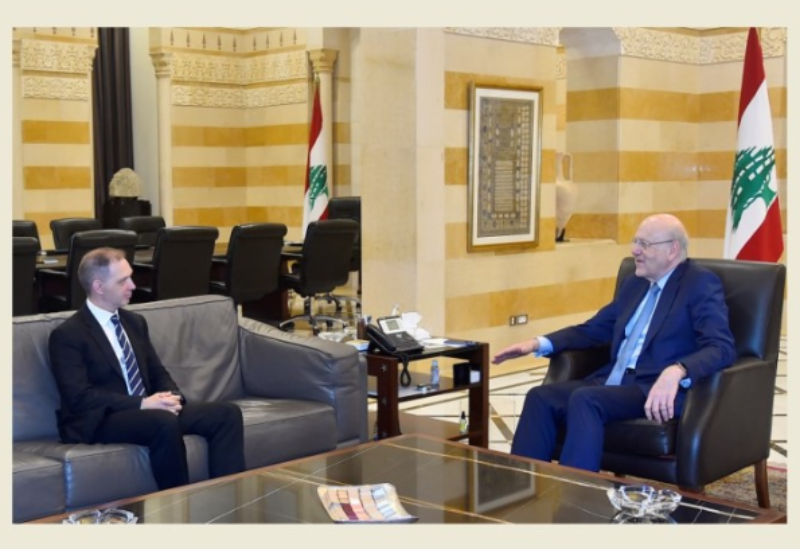 Najib Mikati, the caretaker Prime Minister, welcomed Saroj Kumar Jha, the World Bank’s Regional Director for the Mashreq Department, to the Grand Serail on Monday to discuss the World Bank’s initiatives in Lebanon.

Premier Mikati also met with Ian Collard, the British Ambassador to Lebanon, to discuss the broader political situation in Lebanon and the area.

Mikati also met with Minister of Public Health, Dr. Firass Abiad, who said on emerging that he briefed the Premier on the outcome of his participation in the recent meetings of the World Health Organization held in Geneva and the important decisions taken at the level of global health.