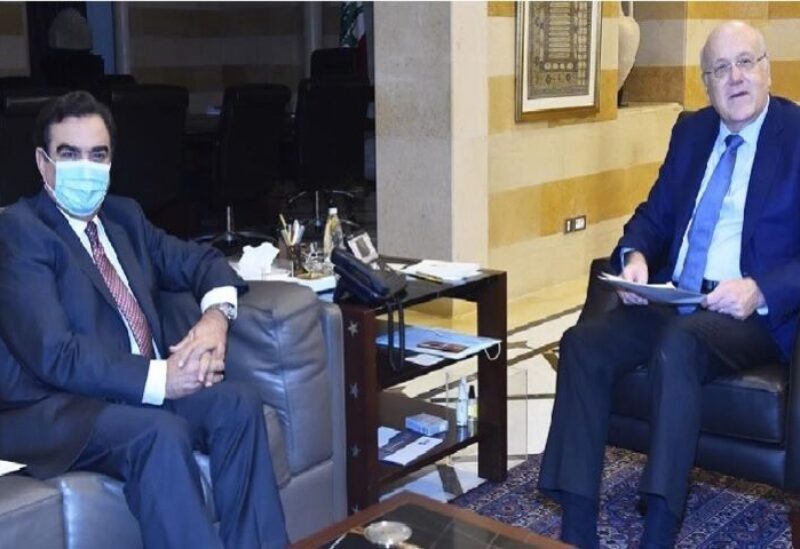 The pair deliberated over the current situation and the latest government developments.

This afternoon, Premier Mikati received at the Grand Serail the Resigned Information Minister, George Kordahi, who presented him with his written resignation.

Afterwards, the Prime Minister signed a decree accepting the resignation and referred it to the President of the Republic.

In an issued statement by the Prime Minister, Mikati said that Minister George Kordahi’s resignation was necessary in wake of the emerging crisis with the Kingdom of Saudi Arabia and a number of Gulf Cooperation Council countries, and it would open a door to address the problem of the relationship with the brothers in the Kingdom and the Gulf states, after accumulations and discrepancies that occurred in the past years.

“Lebanon has always been and will remain an Arab in identity and belonging, and it is a founding member of the League of Arab States and is committed to its covenants. Lebanon looks forward to the best and most strengthened relations with the Arab brothers in the spirit of the historical ties that bond our countries and peoples,” Mikati stressed in his statement.

Mikati renewed his call to all parties to return to the table of the Council of Ministers, to carry out what is required of the government in these difficult circumstances.

“We look forward to restoring normal relations with our brothers in the Kingdom of Saudi Arabia and the Gulf states on the basis of respect and affinity and preserving the sovereignty, security and dignity of each country,” statement concluded.