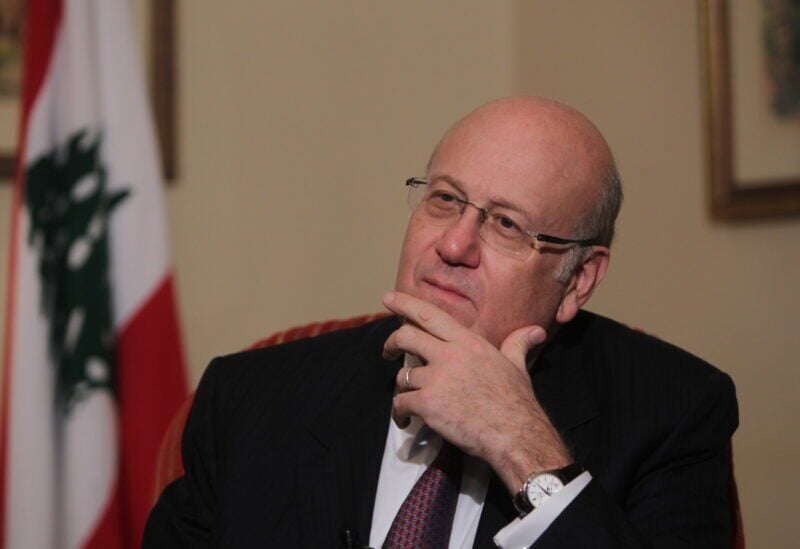 Former Lebanese Prime Minister Najib Mikati denounced on Tuesday the remarks made by the caretaker Minister of Foreign Affairs Charbel Wehbe, saying they undermine the country’s relations with the Kingdom of Saudi Arabia and Gulf states.

“The statements made by the outgoing foreign minister are rejected and denounced,” Mikati wrote on Twitter, noting that his words contradict the traditional Lebanese diplomacy and “are part of a series of offenses that ‘destroy’ Lebanon’s ties with the Kingdom of Saudi Arabia and Gulf countries”.

“May God protect this country from those offending it and its people,” he added.

Wehbe made scathing remarks about Gulf countries in an interview late on Monday, blaming them for the spread of Islamic State, comments that could add strain to an already tense relationship.

Prime minister designate Saad Hariri expressed disapproval of the comments, saying they could damage foreign relations at a time when Lebanon was facing multiple crises.

Lebanon is in the throes of major economic problems that are posing the biggest threat to its stability since the 1975-1990 civil war.

In April, Saudi Arabia banned Lebanese fruit and vegetable imports blaming drug trafficking, after it said its customs officials had thwarted an attempt to smuggle over 5.3 million captagon pills, a type of amphetamine, hidden in pomegranate shipments.

“As if the crises that the country is drowning in and the boycott it is suffering from is not enough,” Hariri’s office said in a statement deploring Wehbe’s remarks.