Mikati, Siniora and Salam: Forming a government that enjoys the confidence of all Lebanese is necessary to crossing over from the state of total collapse 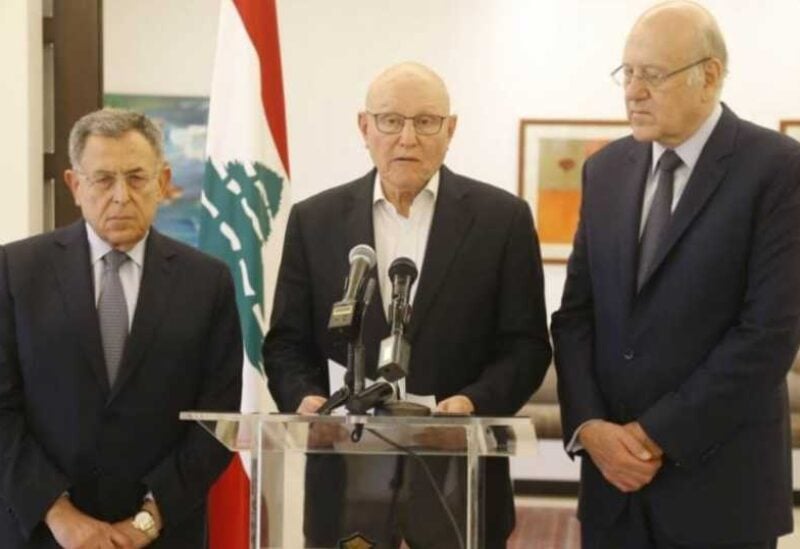 Former Prime Ministers Najib Mikati, Fouad Siniora and Tammam Salam held a meeting this afternoon, during which they discussed the current prevailing situation in the country.

In an issued statement following the their encounter, they expressed “regret for the method adopted by His Excellency the President of the Republic, who is the head of the state and the symbol of the nation’s unity as stipulated by the constitution, in addressing the prime minister commissioned with forming the government through a televised statement…especially at a time when the country is going through a fateful crisis that has become threatening to the entity and the state, which requires hastening to lift the ban on forming the future government through abiding by the rules and foundations that the Lebanese have called for during their uprising of October 17, 2019…as well as the French initiative’s demand for a rescue mission government of independent, non-partisan specialists.”

On the other hand, the former PMs praised in their statement “the spirit of high responsibility in suppressing any rage demonstrated by Prime Minister-designate Saad Hariri, which he showed with grace and poise, towards the repeated attempts to drag him into quarrels and media disputes that could have destroyed the last remaining credibility of the tumbling-down state.”

They stressed that the Lebanese Constitution should be adhered to the core by all sides, particularly by the head of State who is entrusted with ensuring that the Constitution is well-respected and not violated.

The former Prime Ministers concluded their statement by emphasizing their belief that “forming a government that enjoys the confidence of all the Lebanese people is the central task that must be adhered to, and it is the necessary doorway to cross from a state of total collapse to the beginning of stability through which the cabinet begins to restore confidence in itself and in the Lebanese state, by the people and the brotherly and friendly countries of Lebanon.”