Mikati tackles developments with US ambassador 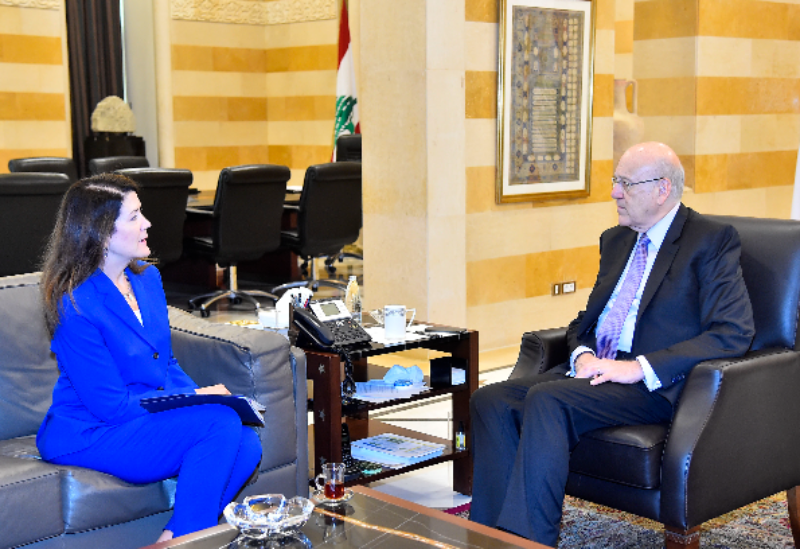 Najib Mikati, caretaker Prime Minister, welcomed Dorothy Shea, US Ambassador to Lebanon, at the Grand Serail on Tuesday, with whom he discussed the general situation in Lebanon and the region, as well as the outcomes of meetings held by Mikati during his participation in the United Nations General Assembly in New York.