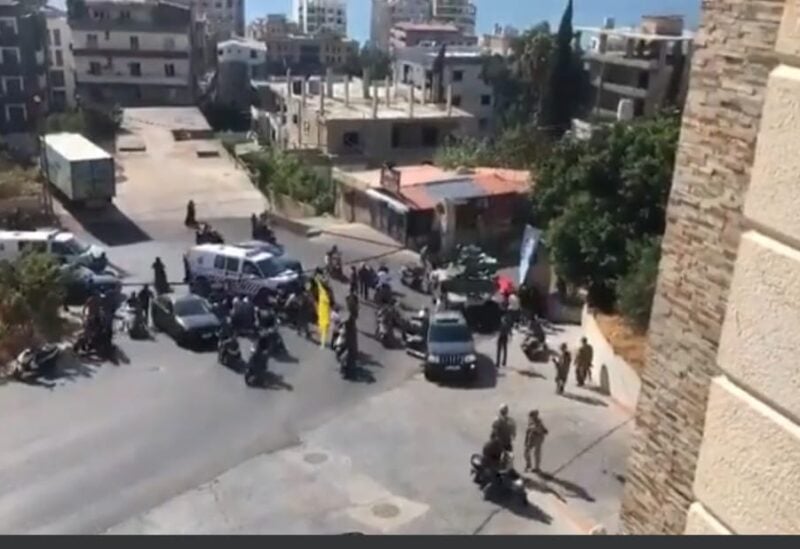 “Sawt Beirut International” learned that Acting Government Commissioner to the military court, Judge Fadi Akiki, had claimed 22 people in the Khaldeh incident, including 8 detainees,  in which three Hezbollah members were killed, , for the crimes of shooting from unlicensed military weapons, murder and attempted murder, inciting sectarian strife, and sabotaging public and private properties. He referred them to the Acting First Military Investigative Judge Fadi Sawan, who interrogated three of them and issued adversarial arrest warrants against them.