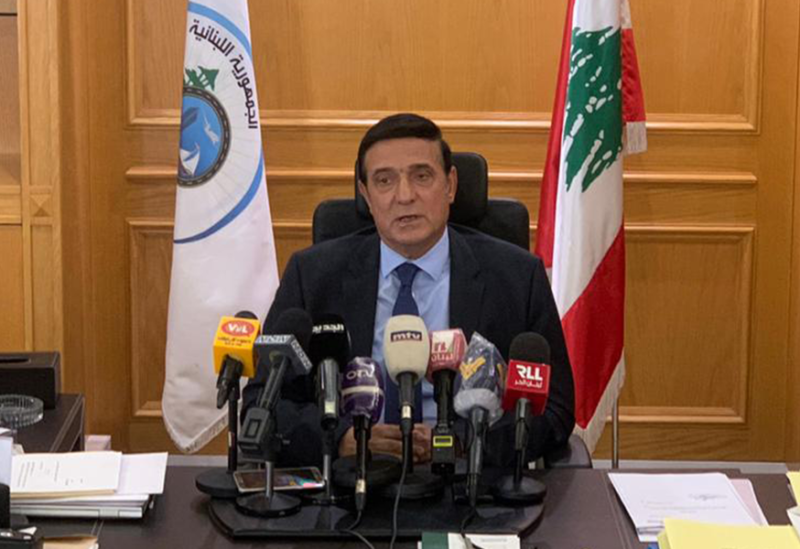 Lebanon’s caretaker Minister of Public Works and Transport Michel Najjar commented on the oil leakage that took place a few days ago, threatening an ecological disaster off Lebanon’s shores and sounding the alarm over the impact it might have.

The Ministry of Public Works and Transport is evaluating the situation and is drafting a report to be submitted to the cabinet’s general secretariat, Najjar said in a TV interview on Wednesday, adding “we have the right to lodge a complaint with the United Nations through Lebanon’s Ministry of Foreign Affairs.”

“In every situation where damage is inflicted on the country, we must be conscious; we must determine the scale of damage and claim our right because if we do not claim it, no one will ever do it for us.”

Najjar said he was saddened by the incident because he had recently visited Sidon and Tyre “where we can find nature reserves and marine wealth and I hope that no great damage will be inflicted on them, especially since it takes decades for oil materials to decompose.”

A few days ago, strong winds and unprecedented high waves caused the leakage of tar from an Israeli ship off the Lebanese southern coast, threatening an environmental catastrophe, the effects of which would extend for decades.

Julien Jreissati, program manager at Greenpeace Middle East and North Africa, urged on Monday Lebanon’s Ministry of Environment to take immediate action to assess the extent of the risk of the oil spill in the Mediterranean that has reached the southern coast.

The Israeli authorities also warned residents against approaching the shores of the Mediterranean so as to avoid the major pollution caused by the leakage of tar from one of the ships, as thousands of workers and volunteers went on to clean the beaches.

In a joint statement, the Israeli ministries of interior, environmental protection and health urged the public not to use “beaches for bathing, sports and entertainment until further notice,” adding “exposure to tar can threaten public health.”