Moucharafieh, Rushdie discuss recommendations of Lebanon’s Crisis Response Plan: Our goal is to support the most vulnerable groups through ERP, LCRP plans 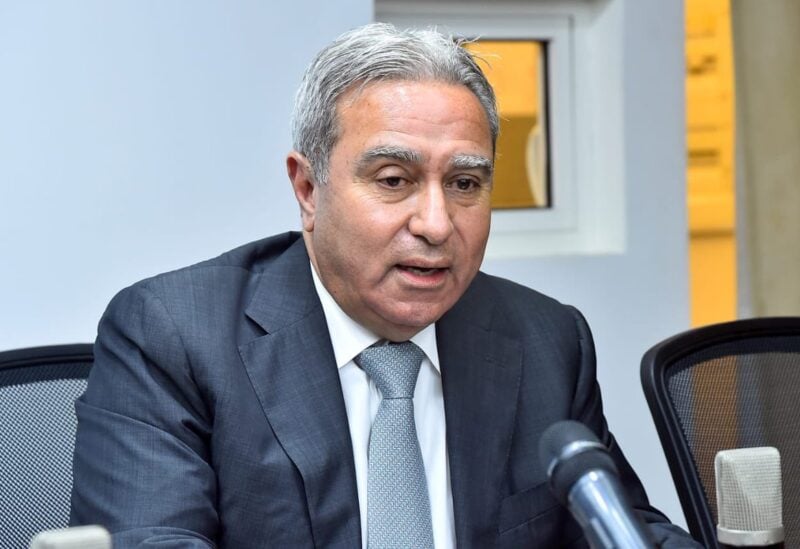 Caretaker Social Affairs and Tourism Minister, Ramzi Moucharafieh, and United Nations Humanitarian Coordinator in Lebanon, Najat Rushdie, chaired today the meeting of the Steering Committee of the Lebanon Crisis Response Plan (LCRP), with discussions focusing on the recommendations of the strategic review of this plan to ensure the best humanitarian protection for the displaced Syrians.

The meeting took place at the Ministry of Social Affairs, via video conferencing, in the presence of representatives of the ministries concerned with the response plan, representatives of the European Union, embassies of donor countries, the United Nations High Commissioner for Refugees, the United Nations Development Program and “UNICEF”, the World Food Program and the Lebanon Humanitarian INGO Forum (LHIF).

In his opening word, Moucharafieh outlined the aspects of support that took place within the framework of Lebanon’s plan to respond to the Syrian displacement crisis, noting that today’s meeting is devoted to hearing the recommendations of the consultants within the LCRP, as a prelude to setting an action plan for the upcoming year 2022.

He also pointed out that the situation of the most vulnerable groups in Lebanon continues to deteriorate month after month, and that the results achieved by the partners within the framework of the LCRP could not compensate for the deterioration of the economic situation, but simply contributed to alleviating its effects.

Moucharafieh stressed the “importance of maintaining support for both the displaced and the host communities, as social tensions continue to rise,” hoping that “the recommendations of the LCRP review will serve to move the Steering Committee’s work forward.” He also announced the call for “a Steering Committee meeting to plan for the future response next September, to include these recommendations in the response plan for 2022.”

Meanwhile, Moucharafieh renewed his gratitude to all partners for their active participation – and to donors for their continuous support during this difficult time in Lebanon, especially the World Bank, which announced that the $246 million loan has become effective, to help the most vulnerable families cope with the stifling economic crisis prevailing in Lebanon.

He also reminded the international community that “a sustainable solution remains with the return of displaced Syrians in safety and dignity to Syria.”

In turn, Rushdie said, “We meet to agree on how to work together to better support the most vulnerable groups, by increasing the value of transfers of cash assistance to the targeted groups within the Lebanon plan to respond to the Syrian crisis, so that these families can remain steadfast.”

She added: “As we begin to discuss the foundations of the response plan for 2022, the sectors of health, water, basic assistance, food security and shelter are still suffering from funding gaps.”

While valuing the strong donor support for the LCRP program over the years, Rushdie demanded that “this support continues at a faster pace, and that emphasis be made on building local capacities”, reiterating the “humanitarian principles that should govern the return of refugees.”

Rushdie also announced that on August 4, the United Nations will launch an “Emergency Response Plan” over the course of a year, to respond to the needs of the most vulnerable Lebanese and migrant workers who have been mostly affected by the current crisis, as a complement to the framework of the Lebanon Crisis Response Plan, which was established in 2017 to address the repercussions of the Syrian displacement crisis on Lebanon.

She explained that “the ERP is a humanitarian and exceptional response plan to alleviate the suffering of the targeted population, and aims to reduce tension within and between the displaced and the host communities.”