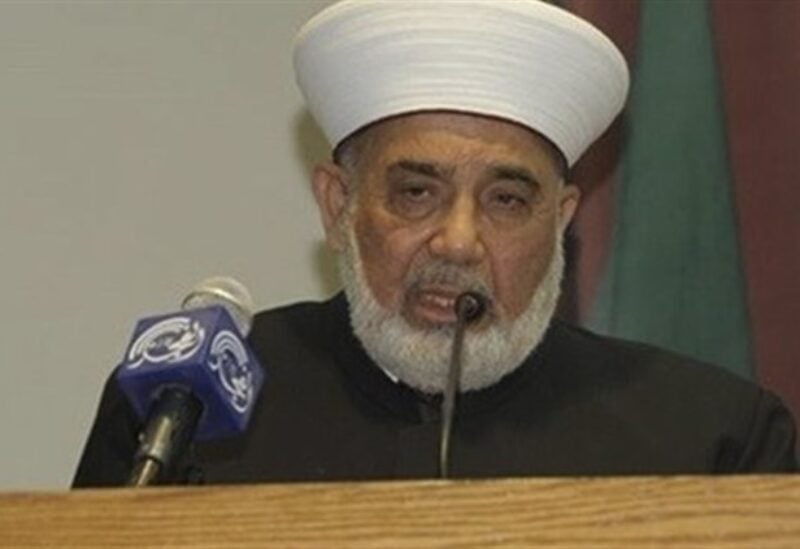 Mount Lebanon Mufti Sheikh Mohammad Ali Al-Jouzou lauded on Monday what he described as “the historical stance of Maronite Patriarch Bechara Boutros Al-Rai,” saying he “spoke on behalf of all Lebanese without any discrimination.”

Hundreds of Lebanese gathered at the seat of the Maronite church on Saturday to support calls by its leader for the country to be neutral in regional conflicts as a way to lead it out of political and economic crisis.

“He said it loud and clear: Lebanon will stay neutral and will not be involved in regional conflicts which have destroyed many Arab countries,” the mufti said in reference to Al-Rai’s speech, adding that such conflicts “serve the project that ignited sectarian strife between Sunnis and Shiites in Iraq, Syria and Yemen.”

“We support Patriarch Al-Rai in facing the enemies of Lebanon […] because those who were claiming to be the protectors of Christians in Lebanon, are trying to sell Lebanon to a country that fights the Arabs and that works on rendering Lebanon a military base against the Arab nation and brothers. This is being carried out under a Christian [political] cover which they are using to conspire against Christians themselves.”

Hence, Mufti Al-Jouzou added, “the head of the Maronite church in Lebanon has intervened to voice his rejection to this deal which aims to declare war on Lebanon’s identity and entity and to substitute the country for a non-Arab one that would drag Lebanon to destruction, havoc and bankruptcy as it is the case now.”