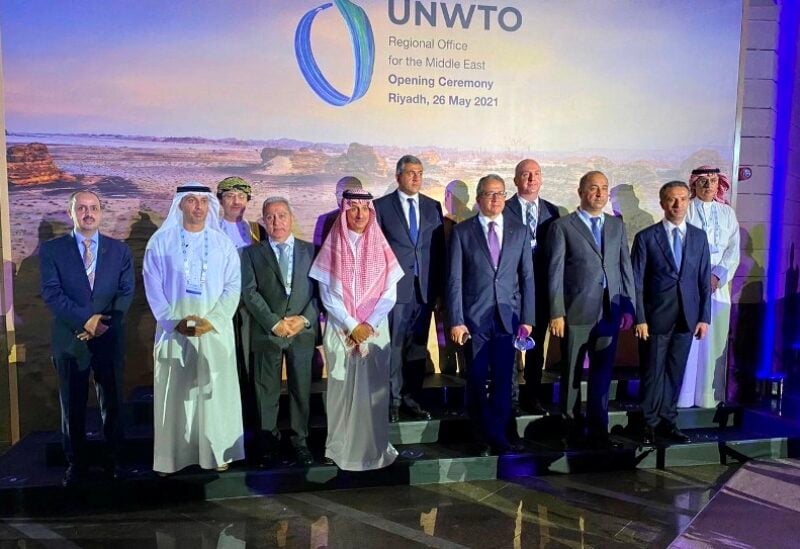 On the sidelines of the conference, Msharrafieh met with ranking dignitaries and discussed with them ways to bolster cooperation in order to revive the tourism sector.

Msharrafieh and Hassan Nazim, Iraq’s Minister of Culture, Tourism, and Antiquities, signed an agreement between the two brotherly countries of Lebanon and Iraq that calls for the activation of the tourism industry in both countries, as well as the sharing of experiences and tourism services.

Msharrafieh’s statement at the meeting focused on Lebanon’s “sincere gratitude and appreciation to the Kingdom of Saudi Arabia and all Arab countries for their unwavering support for Lebanon and its people in all circumstances and occasions, confirming the depth of Lebanon’s historic relations with its brotherly Arab countries.”

“I would also like to thank the World Tourism Organization for its upholding to Lebanon and the countries of the Middle East by means of technical support and global and regional programs and activities that meet the urgent needs of these countries, in light of the difficult health conditions resulting from the coronavirus pandemic, and the difficult economic conditions that came in its wake. These initiatives confirm the importance of the role of the World Tourism Organization on the tourism, health, economic, social, and developmental levels,” he said.

“The tourism sector in Lebanon is one of the pillars of the national economy; one that will extract Lebanon from the difficult reality it is living through, and restore to it its leading and pivotal role on the map of regional and international tourism,” Msharrafieh stressed.

“The Lebanese government has worked tirelessly to combat the coronavirus epidemic and curb its spread, and has achieved significant headway in this regard. In the midst of the relaunch of tourism and the reactivation of the economic wheel, we are counting on the return of Arab brothers to Lebanon to help advance the country — a country that has always been a top destination for Arab tourism, owing to the sincere brotherly ties that exist between Lebanon and Arab countries, the human resources that the country has to offer, and the historical, touristic, natural, and cultural attractions that the country has to offer,” he concluded.