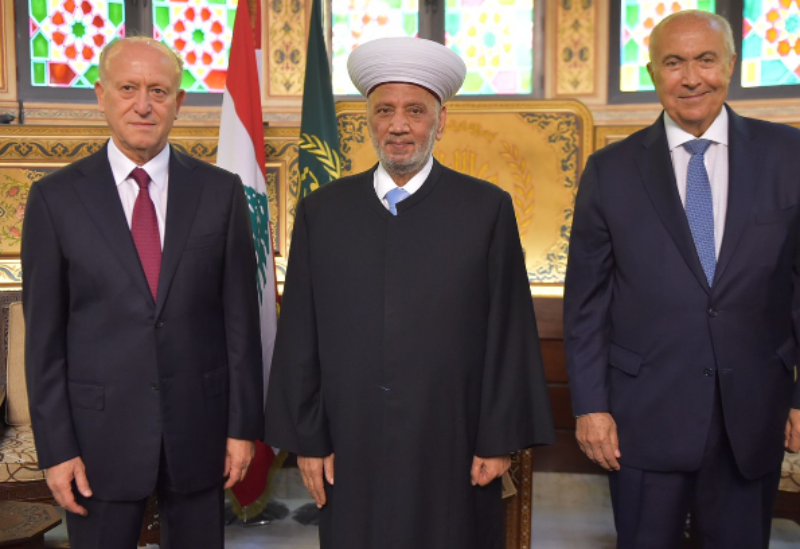 Grand Mufti Abdellatif Derian met with MPs Fouad Makhzoumi and Ashraf Rifi at Dar-al-Fatwa to discuss the nation’s most recent developments and overall state of affairs.

Speaking to reporters following the meeting, Makhzoumi said that talks touched on the conditions in Beirut and Tripoli, especially the shortage of water and electricity.

For his part, Rifi indicated that the discussions touched on the upcoming election of the new president of the republic.