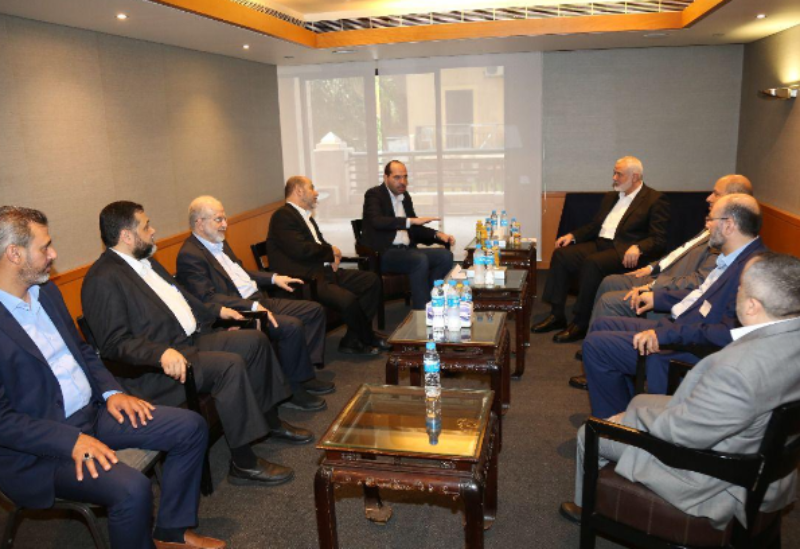 Ismail Haniyeh, the head of the Hamas Political Bureau, met with MP Hassan Murad on Sunday outside of the Arab National Conference in Beirut.

Both men discussed the latest developments at the level of the nation and in occupied Palestine, where MP Murad stressed, “the importance of the resistance in the face of the Israeli occupation,” adding that “what is taken by force can only be restored by force.”

He also emphasized that “the Palestinian cause is the central issue of the Arab nation,” asking Haniyeh to convey greetings to the people of Palestine and its resistance in all its factions, while calling for “accelerating the completion of Palestinian unity.”