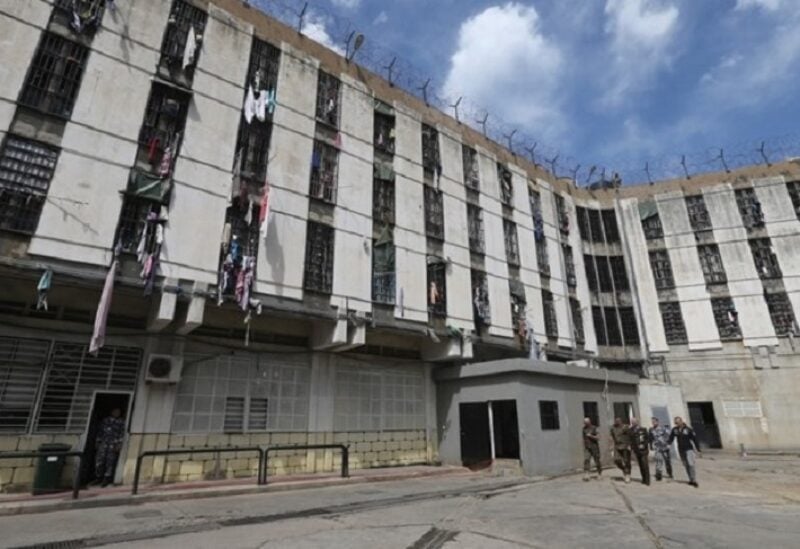 The Lebanese government asked the Ministry of Interior to “conduct an immediate and urgent investigation” into allegations that prisoners died due to an “emerging health condition” in Roumieh Central Prison.

Recent reports discussed the reason behind several deaths in the overcrowded central prison, the largest in Lebanon.

A security source confirmed to Asharq Al-Awsat the death of two prisoners in recent days, one of whom had been staying at al-Hayat Hospital for a month. The second died inside the prison after a cardiac arrest.

The source pointed out that the prison administration has reviewed the death cases over the years, noting that drug abuse and overdose could be the cause.

He noted that prisoners and detainees could obtain contraband, especially drugs, and it is difficult now to conduct searches and confiscation in prison cells.

According to the source, any search could lead to rebellion and chaos, making it difficult to control, adding that prisoners are waiting for the opportunity to create chaos.

A delegation of the families of the prison detainees visited the headquarters of the government, where they met the Secretary-General, Judge Mahmoud Makkieh.

They discussed issues related to the conditions of detainees and convicts in prisons, especially what is reported about a new health situation in Roumieh, which resulted in the death of several prisoners.

Following the meeting, Makkieh sent a letter to the Minister of Interior and Municipalities, Bassam Mawlawi, to conduct an immediate and urgent investigation into this matter and take the necessary measures to address the issue, if it is correct, as soon as possible.

A source told Asharq Al-Awsat that the families of the prisoners informed the Sec-Gen that a virus has spread in prisons, which led to the death of two prisoners a few days ago and a third on Friday.

The source stressed that the Ministry is now responsible for taking urgent measures, verifying the alleged facts, and determining the causes of the three deaths.

Lebanese prisons are overcrowded, given that the number of inmates is threefold their capacity.

Lebanon has 25 prisons, with 6,989 prisoners, 5,391 of whom are in Roumieh Central Prison, and about 40 percent of prisoners are not nationals.

Several officials and activists demand speeding up the issuance of sentences to alleviate the crisis of overcrowding in prisons.

Between the summer of 2021 and the summer of 2022, the Internal Security Forces was assigned with 250,000 transfer cases to courts, 60 percent of which were carried out. The remaining cases were not conducted due to the coronavirus pandemic, roadblocks, judges’ strikes, and lack of finances.