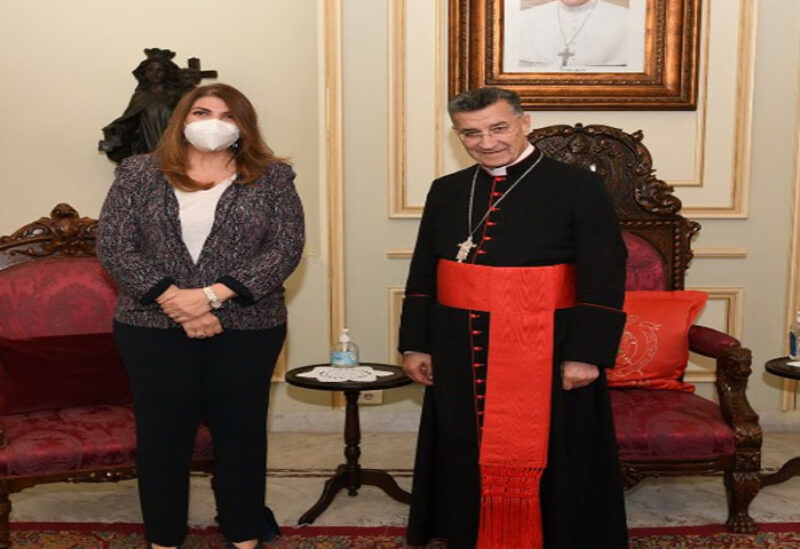 Maronite Patriarch, Cardinal Mar Bechara Boutros Rahi, welcomed this Wednesday in Bkirki caretaker Minister of Justice, Marie-Claude Najm, with whom he tackled the general situation and the government formation crisis.

Najm also briefed Rahi on the progress made in the decree to appoint members of the Supreme Judicial Council.

In the wake of the meeting, Najm delivered a statement in which she said: “I discussed with His Beatitude the country’s accumulated crises, and the judicial aspect of matters — which falls within my powers. The biggest concern today is to form a government on foundations that benefit the Lebanese people. We want this to happen sooner rather than later, because the situation is no longer tolerable. As a resigned government, we shoulder many responsibilities, but we must be able to exercise our powers in a firmer way. Today, we lack a government capable of resolving financial, judicial, or other issues. As members of a caretaker government, we are not authorized to properly take decisions, and this is the worst of circumstances.”

“In my personal opinion, Lebanon’s crises and problems go far beyond the issue of government formation — although that is essential. The most important question remains: what government will we have, and what will it be able to accomplish? My opinion is clear in this context; what is required is a government with exceptional powers to be able to work and achieve. I have demanded such powers for our present government, but I realize that there is a problem in this particular matter.”