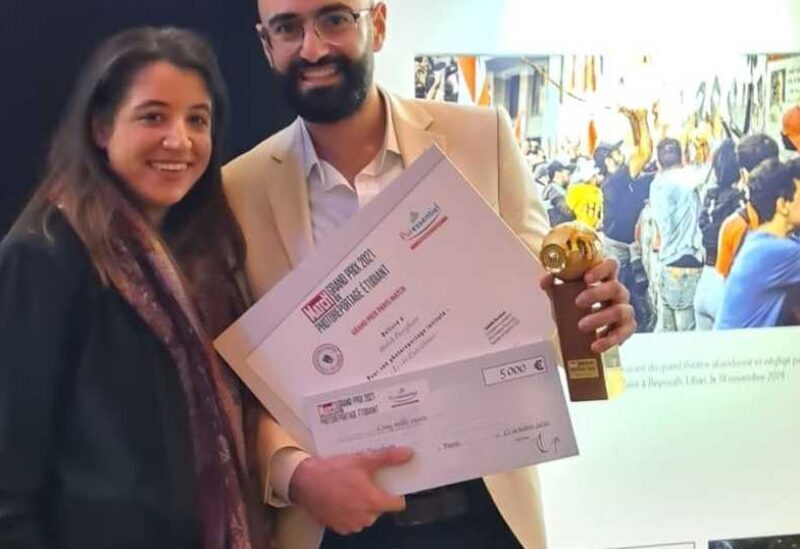 The Lebanese Habib Emile Dergham won the Grand Prize for Photography for the year 2021 organized by the French magazine “Paris Match”, in a competition that included 50,000 French photographers and residents in France who are pursuing their studies in this specialty in its institutes.
First, 15 photographers were selected for the final stage, all of whom won gold medals. Then five of them applied for the grand prize, which went to Dargham, where he won the gold cup, a check for five thousand euros, and an interview in the magazine.
The competition was run by former Paris Match editor-in-chief Marc Biancourt in partnership with pureessentiel, and it took place in the Mayor of Paris, where the results were announced, in the presence of a large number of invitees. The winner was a guest on the “FRANCE INFO” station.
Dargham, 26, from the Bouar town in Ftouh Kesrouan, holds a BA in directing from the Holy Spirit University of Kaslik, and is pursuing a Masters 2 in fashion photography at SPEOS Institute in Paris, one of the world’s largest photography institutes. In Lebanon, he established a production company and published his first book on photojournalism about the October 17th , 2019 protests, entitled “A Cry of Silence,” and submitted ten of its photos into the competition. Biancourt said: “This issue is closely related to the truth of this country, Lebanon, which continues to suffer. The subject was a journalistic shock, as it was attached to the diaries of events. It is a topic worthy of Paris Match.”
For his part, the international Lebanese artist residing in France, Ibrahim Maalouf, congratulated Dargham on winning this award in a letter, hoping that he would receive the help that would enable him to “communicate in picture, the tormented voice of Lebanon to the world.”