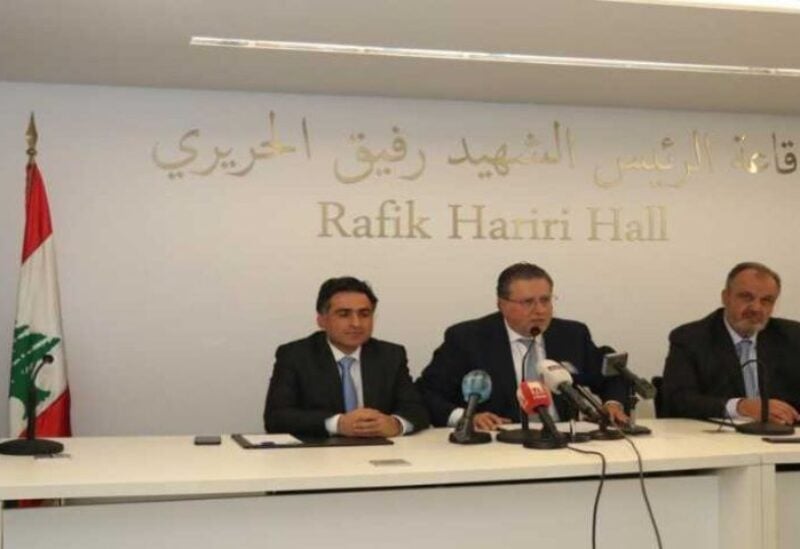 Meeting at Chamber of Commerce in Beirut and Mount Lebanon

A meeting was held at the headquarters of the Chamber of Commerce, Industry, and Agriculture in Beirut and Mount Lebanon to discuss a new mechanism proposed by the Economic bodies to control smuggling through the crossings, especially through the port of Beirut.

The meeting included two presentations, the first about monitoring work carried out by Bureau Veritas, and the second about the advanced scanners that can be used to complete control operations, enhance its credibility, and increase safety levels in export operations. A long discussion was also held in which the ministers participated, and all the participants from the security services and economic bodies to reach a viable formula quickly.

After the meeting, a press conference was held, in which the Head of the Economic Mohammad Choucair indicated that they were able to reach an understanding on the mechanism required to be approved for re-export to the Kingdom, which revolves around the mechanism that had been handed over by the economic bodies about 7 months ago to the concerned authorities in the country and did not find its way to implementation due to the absence of a government, indicating that the Kingdom had agreed to it, but the government was required to implement it on the ground.

Choucair pointed out that they agreed with the ministers to conduct a study of the legal status of the work of Bureau Veritas, whether it will be inside or outside the port zone, and in both cases, how to integrate the work of this company with the security services, without detracting from the role of any party.