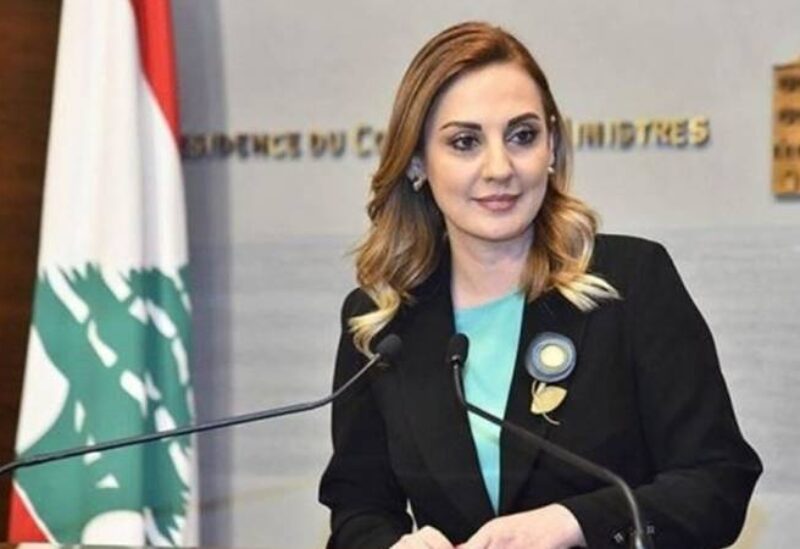 Caretaker Minister of Youth and Sports, Vartine Ohanian, on Tuesday met with Armenian Foreign Minister, Ara Aivazian, with whom she discussed the best means to enhance the prospects for cooperation between the two countries.

During the meeting, Aivazian welcomed Lebanon’s support to Armenia, stressing that during the war that was launched against Artsakh — which Turkey had incited in recent months — Armenia faced the war alone without the support of the international community in the face of Azerbaijan.

He went on to point out that Lebanon was currently facing difficult circumstances, especially the massive economic crisis and the repercussions of the Beirut port explosion.

However, he pledged that the existing relations between the two peoples and the two countries were “close and will be further strengthened.”

For her part, Ohanian said her visit to Armenia was so important to confirm that Lebanese President, Michel Aoun, supported the Armenian people and believed in the justice of the Armenian cause.

“It is important for Lebanon to develop relations between the two peoples, especially in the fields of youth and sports,” she said, emphasizing that the mutual relations between Lebanon and Armenia are very strong.

Ohanian thanked Armenia for its support to Lebanon, and praised Armenia’s assistance in the wake of Beirut port explosion.

Moreover, Ohanian signed a letter of mutual intent between Lebanon and Armenia in the field of youth and sports with her Armenian counterpart, in the presence of Lebanon’s ambassador to Armenia.

Ohanian stressed “the importance of this step,” adding that it is “an opportunity to strengthen and develop friendly relations between the two countries.”

She hoped that bilateral cooperation between Lebanon and Armenia in the field of youth and sports would gain momentum, and that the new government to be formed in Lebanon would follow up on this message and transform it to a partnership agreement.