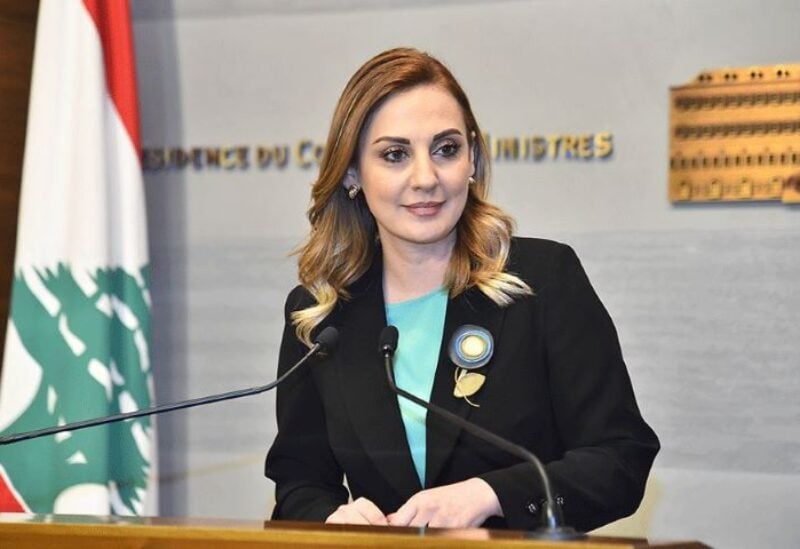 Caretaker Minister of Youth and Sports, Vartine Ohanian, issued today Decree No. 75/1/2021 dated August 20, 2021, regarding the launch of the “Lebanese Youth Parliament”.

A statement by the Ministry indicated that “the decision included the formation of the preparatory committee for the ‘Youth Parliament’ headed by Ohanian, and the Ministry Director General, Zaid Khiyami, as vice president, entrusting it with setting the structure and executive mechanisms and devising the necessary administrative and financial procedures.”

“The launching of the ‘Youth Parliament’ comes, despite these circumstances, on the grounds that citizenship is not upright without parliament and its legislative work,” the statement said, adding that “the Lebanese youth, in their plurality and diversity, represent the reality of society, its orientations and aspirations, and it is necessary to listen to their voice and give them the role they deserve.”

“Because the Ministry of Youth and Sports is convinced that the meeting of young people from different regions and civic and partisan trends represents an opportunity for dialogue, deliberation and training in democracy, its decision came to launch the notion specifically at this time, to prove that youth membership in their own parliament does not constitute a concern as some believe, but rather a real hope,” the statement continued to emphasize.

“The Ministry of Youth and Sports is confident that the ‘Youth Parliament’ will achieve its desired goal in promoting the values ​​of dialogue, participation, freedom, justice and democracy, alongside national, human and social values, and training in constructive and effective citizenship,” it underscored.

The statement concluded by disclosing that the Ministry’s work team will embark during the coming period on developing the structure, executive mechanisms and the necessary administrative and financial procedures in preparation for the implementation phase.