On his martyrdom’s 17th anniversary.. how do politicians remember Prime Minister Rafic Hariri? 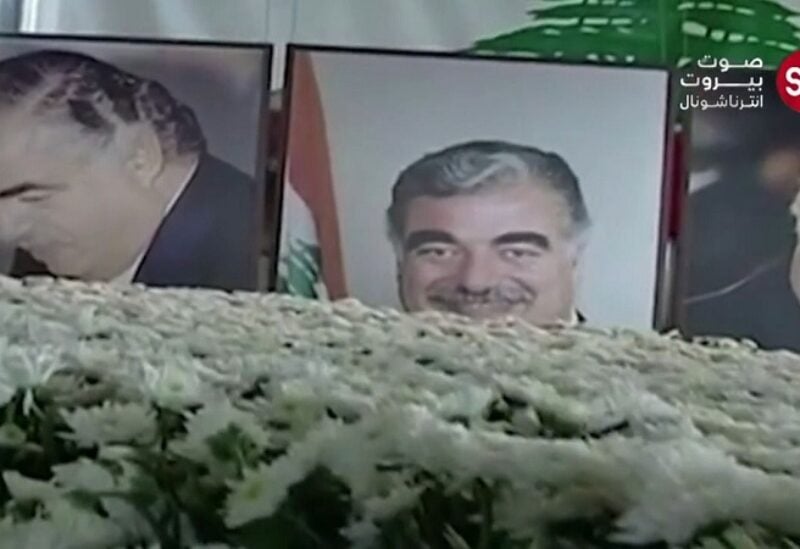 Tomb of Martyr Prime Minister Rafic Hariri in central Beirut is witnessing since morning the flock of popular delegations and political and official figures on the 17th anniversary of his assassination.
On this occasion, Prime Minister Najib Mikati said on Twitter: “The memory of Martyr Prime Minister Rafik Hariri will remain a shining station in the history of this country, thanks to the great efforts he made in all fields, and it constituted a milestone that cannot be erased by absence or its glare quenched . In this dire circumstance we are going through, we remember especially his wisdom and determination in facing all challenges and difficulties. May God have mercy on him.”.
In turn, the head of the “Lebanese Forces” party, Samir Geagea, tweeted: “The memory of February 14 cannot pass without stopping at its national dimensions, because the assassination of Prime Minister Rafic Hariri is an attempt to assassinate the Lebanese political project embodied by the martyr Prime Minister with his extensive network of relations, which reconnected Lebanon with the decision-making capitals, put Lebanon on the Arab and international map, brought the country out of war to reconstruction, and brought back to people the way of life they were accustomed to.

“As the opposition axis realized that what the martyr Rafik Hariri had achieved would lead to the establishment of the state and the exit of the Syrian army, this axis assassinated him, believing that this assassination would destroy his project.” He added

Geagea continued: “But the blood of the martyr Rafik Hariri united the Lebanese, Christians and Muslims, around his project, so they rose up on March 14 in an unprecedented “million-suprising” calling for the exit of the Syrian army and raising the slogans “Lebanon first”, “the state first” and “sovereignty first”… and this is what Will be”.

Also, former Deputy Prime Minister Ghassan Hasbani tweeted on his Twitter account: “He was martyred for his belief in Lebanon, a free, independent and prosperous homeland, and a final homeland for all his sons. Let the memory of his martyrdom be a constant motivation to preserve this country.”

The head of the foreign relations apparatus of the “Lebanese Forces”, former Minister Richard Kouyoumjian tweeted: The blood of Rafik Hariri has united us Muslims and Christians around Lebanon’s sovereignty, freedom and independence.

And former Minister May Chidiac tweeted: “Rafik Hariri, the bleeding wound will remain in the side of the country. He developed a state building project and they destroyed it. The Lebanese united and they split them. Lebanon was taken out to the world and they relished its shell. He made Beirut the capital of culture and they dragged it into retrograde. You are the dream and you will remain. They are absent in their presence and you are present in your absence. They will end and your Lebanon to eternity.”

Also, the Minister of Interior and Municipalities, Bassam Mawlawi, laid a wreath at the tomb of the martyr Rafik Hariri, and said via a television interview: “Lebanon is going through a difficult stage and we are insisting on holding the parliamentary elections, which will be a gateway for the Lebanese to reach their constitutional rights and build the state, and the martyr Rafik Hariri was martyred to build the state, and we insist on that.”.

For his part, Representative Ziad Hawat tweeted: “For 17 years, it becomes clear to us every year how devastating the assassination of Rafik Hariri was for the state-building project and the marginalization of Lebanon’s presence in the Arab and international communities. He pledged to continue working to extract Lebanon from the clutches of hegemony, reconcile it with its surroundings, complete the construction process, and catch up with the project of modernity and development.

Resigned MP Nadim Gemayel tweeted: “From the martyr of September 14 to the martyr of February 14 and all the martyrs of the Cedar Revolution… Our struggle continues to realize your dream of a free and independent Lebanon!”

Japanese Ambassador to Lebanon Takeshi Okubo tweeted: On the anniversary of the passing of Prime Minister Rafic Hariri, I extend my sincere sympathy to all the Lebanese people for their loss. We remember his efforts with many countries, including Japan, for the reconstruction of Lebanon.

In this context, the President of the Lebanese Medical Social Gathering and the representative of the European Middle Eastern International Medical Association in Lebanon, Professor Raif Rida, wished in a statement that “the anniversary of February 14, the anniversary of the martyrdom of Prime Minister Rafic Hariri, will be a national beacon for generations and a role model.” He is the one who promoted Lebanon economically, socially, financially and scientifically, and protected the resistance and defended it in international forums, and did not conspire against it.