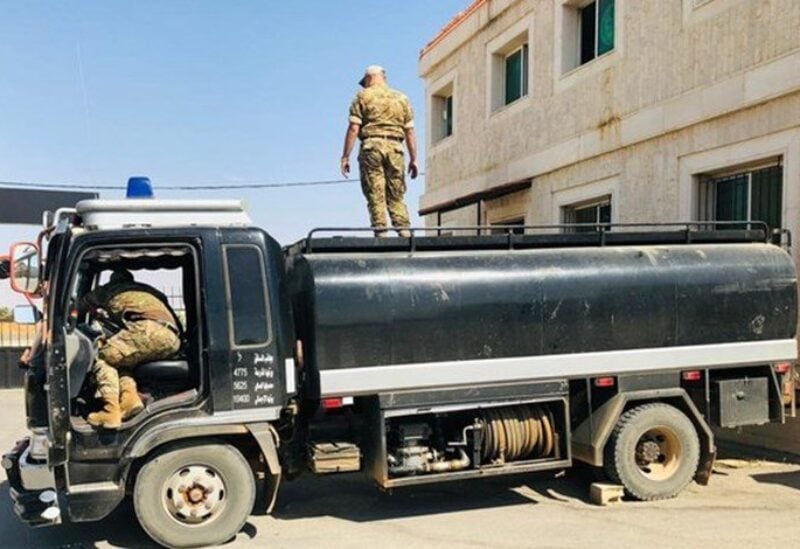 The Army Command announced in a statement that “On 19 and 20/5/2021, the army units deployed in the Bekaa and the North arrested 7 citizens and two Syrians, and seized two cars and two pickup vehicles loaded with about 4000 liters of gasoline and 870 liters of diesel fuel, in addition to a truck transporting 10 Tons of flour, all prepared to be smuggled into Syrian territory, the seizures were delivered and the investigation began with the detainees under the supervision of the competent judiciary.

It is note worthy that this is not the first operation of this kind, last week Army units deployed in the Bekaa and the North arrested 3 citizens and 3 Syrians, and seized two cars, a tanker, and a pickup truck loaded with about 19,500 liters of diesel fuel, subsidized foodstuffs, and an amount of smoke and molasses prepared for smuggling into Syrian territory.