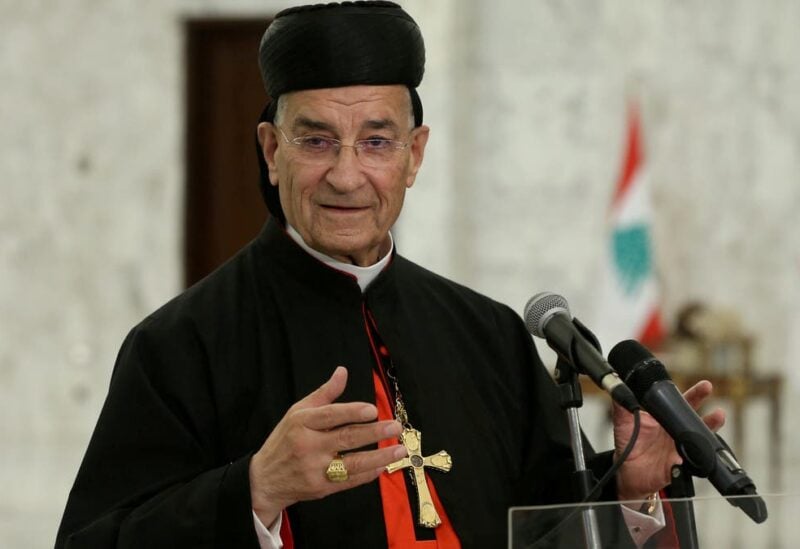 Maronite Patriarch Bechara Boutros Al-Rai on Saturday said no political party shall have veto powers in the new Lebanese government, and slammed the ruling class for the wrongful decisions it has been taking at the expense of the people.

“How painful it is for us to see the ruling class manipulating the nation’s fate and not realizing the extent of its wrongful choices but rather indulging in them at the expense of the people,” Al-Rai said in his Easter sermon.

“I say to those responsible for not forming a government to stop their humiliating, dominant, selfish and authoritarian behavior,” he said in a rebuke to the politicians who have failed to reach a breakthrough over the formation of a new cabinet.

“Stop sacrificing Lebanon for the sake of other peoples and countries. Stop making personal interpretations of the constitution and let Lebanon make its own decisions.”

The Maronite patriarch also believed “we are now in the midst of a scheme threatening Lebanon’s entity and identity,” noting that some parties are willing to “demolish the constitutional, financial and judicial institutions one after the other” while other parties want to see problems restored in order to prevent solutions and settlements.

“Everyone should realize that national life is not about [political] quotas, but rather an integration of values, a meeting of wills and a common profit,” he added.

On April 1, Lebanon’s top Christian cleric made unusually direct comments criticizing the Shi’ite Hezbollah movement, accusing it of harming the country by dragging it into regional conflicts.

“I want to tell them…You want us to stay in a state of war that you decide? Are you asking us before you go to war?” Al-Rai said in a leaked video circulated by local media on Thursday, in which he mentioned the conflicts in Syria, Iraq and Yemen.

“You’re not looking out for (our) interests, nor the interests of your people,” he said, apparently addressing Hezbollah, a heavily-armed movement allied to its backer Tehran in regional wars.

Rai said he had received visits from Hezbollah supporters who were privately critical of the group as they felt the force of Lebanon’s financial collapse.

“We get people from Hezbollah. They come to us to tell us: ‘this arsenal is against us, we can no longer endure’. Because they are also hungry like us,” he said.

Rai has called for Lebanon to remain neutral in regional conflicts, referring to Hezbollah’s deployment of fighters to neighboring Syria to support President Bashar al-Assad alongside Shi’ite militias, as well as its alliance with Iran in a power struggle with Saudi Arabia.

Hezbollah’s opponents say its relationship with Tehran has kept away Gulf Arab states that once funneled money into Lebanon, closing off an important source of aid.

Lebanon’s financial meltdown has crashed the currency, fueling poverty and hunger, its worst crisis since the 1975-1990 civil war that fractured the country along sectarian lines.