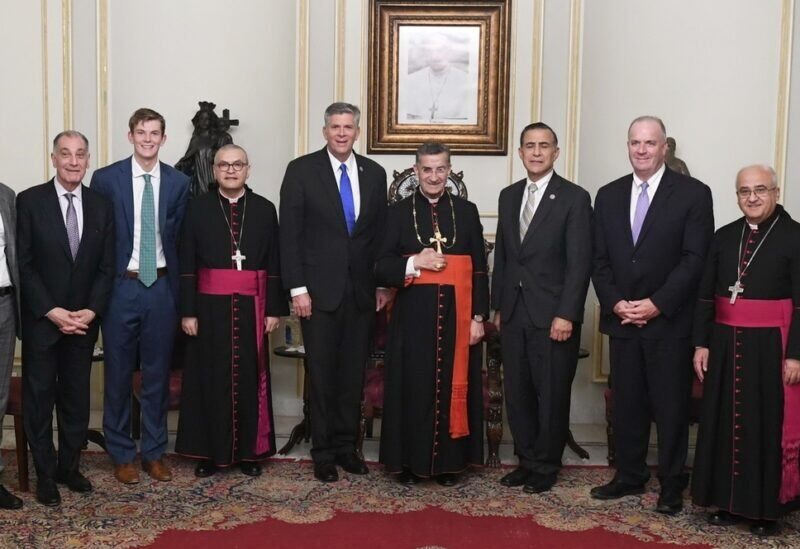 Cardinal Mar Bechara Boutros Rahi, Maronite Patriarch, received this afternoon at the patriarchal edifice in Bkerke, a delegation from the US Senate comprised of Senator Darin McKay LaHood, Senator Darrell Issa, Senator Dan Kildee, and the head of the American Support Group for Lebanon Ed Gabriel, on a support visit to Lebanon and for the Lebanese people.

The delegation presented Rahi with the truth of Lebanon’s difficulties, and it was a confirmation of “the United States’ support for the Lebanese people and for the development of Lebanon, as well as the return of sovereignty and total decision to the hands of the Lebanese Army.”

At the closure of the meeting, LaHood affirmed: “His Beatitude’s visit today was an honor, and the meeting was beneficial. We talked about a variety of difficulties and crises that the Lebanese have faced. The first goal of our journey to Lebanon is to demonstrate our solidarity with the Lebanese people in these difficult times, given the current economic and humanitarian crises. We discussed with him potential ideas that the US could commit to, as well as its role in assisting the government in engaging in real negotiations with the International Monetary Fund. We also talked on how the US will help with the investigation into the Beirut port blast, as well as the necessity of backing Judge Tarek Bitar. It also emphasized the importance of holding transparent parliamentary elections, and we hope that the existing government will work for the welfare of the Lebanese until then. These topics were also brought up during our meetings with a number of Lebanese political figures.”