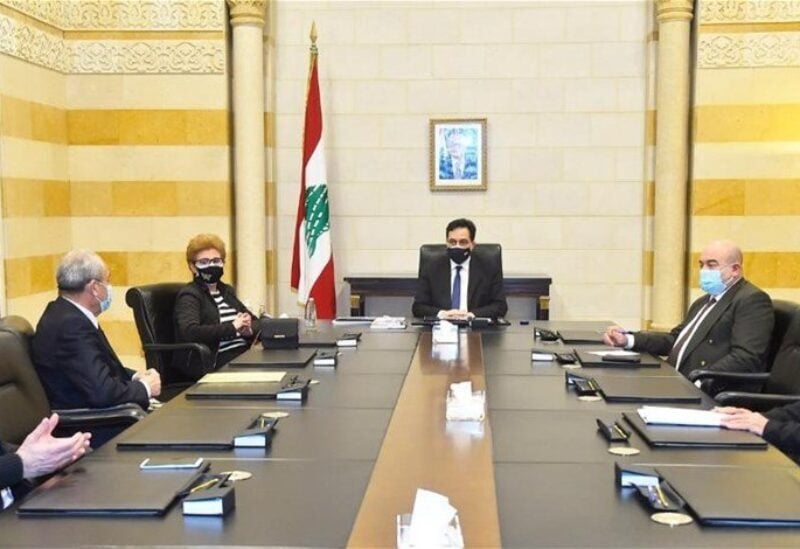 Lebanon’s caretaker Prime Minister, Hassan Diab, held on Friday a meeting with the delegation of the Lebanese association for parents of students in foreign universities whereby he discussed the enforcement of law #193 which compels banks to transfer USD funds to students abroad at the pound’s official rate pegged at 1,500 to the dollar.

Diab told the parents he will support “the students who constitute the country’s future wealth.”

Parents of Lebanese students abroad protested on Monday outside the Banque du Liban (BDL), calling for a government decree to allow them to transfer up to $10,000 a year at the official exchange rate of 1,500 Lebanese pounds to the dollar to cover tuition and expenses.

Demonstrators blocked roads for some time as they vowed to “hold further protests until demands are met.”

They entered some banks in Hamra Street, expelling employees from their offices and shutting down their gates, warning all those wishing to enter such banks “because the banks are the reason for the country’s economic collapse.”

Until now parents and students say the law is being ignored, with banks and exchange dealers refusing to make transfers at the set rate and instead demanding the market rate, currently around 9,650 Lebanese pounds.