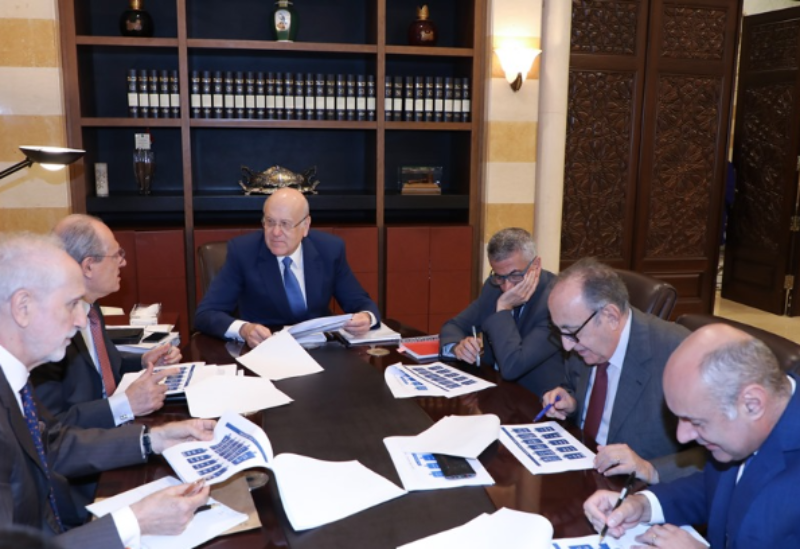 The meeting reportedly continued discussing preparations for the 2023 state budget.

On another level, Caretaker Premier Mikati met at the Grand Serail with Caretaker Minister of Tourism, Walid Nassar.

The pair discussed the current general situation and the latest developments regarding the maritime border demarcation and the new government formation.

Mikati later received at the Grand Serail the Director of the North Africa and Middle East Department at the French Ministry for Europe and Foreign Affairs, Anne Gueguen, at the head of a delegation, in the presence of French Ambassador to Lebanon, Anne Grillo

Mikati also met with MP Amine Sherri, during which they discussed the current general situation.