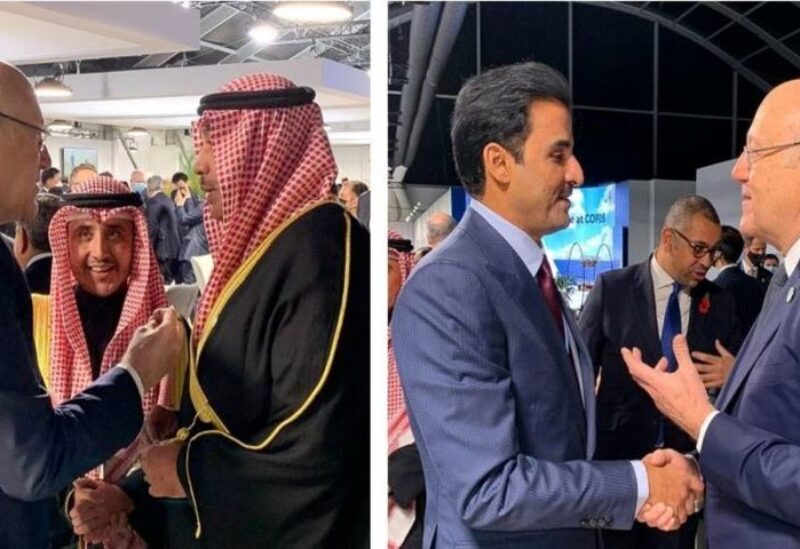 The Prime Minister’s office said Sheikh Tamim will send Qatar’s foreign minister to Beirut soon to “search for ways to support Lebanon and discuss how to deal with the Lebanon-Gulf crisis.”

“During the meeting, Mikati emphasized Lebanon’s desire to maintain close ties with Gulf Cooperation Council countries and to work to bridge any gaps in the spirit of brotherhood and cooperation.”

According to the Lebanese PM’s office, Sheikh Sabah emphasized Kuwait’s desire to support Lebanon in all aspects while maintaining GCC unity. “Lebanon is capable, with its wisdom, of addressing any problem or loophole,” he added, “and it will find all the necessary support from Kuwait and other Arab countries.”

Lebanon is currently embroiled in a diplomatic crisis with Gulf countries over remarks made by Lebanese Information Minister George Kordahi about Saudi Arabia and UAE’s involvement in the Yemen war.

Kordahi said the Iran-backed Houthis were “defending themselves… against foreign aggression [by the Arab Coalition]” during an interview aired on August 5.

Saudi Arabia expelled Lebanon’s envoy from the country and banned all Lebanese imports. Bahrain and Kuwait followed suit, and the UAE withdrew its diplomats from Beirut and banned its citizens from traveling to Lebanon.

Mikati has tried to contain diplomatic fallout early on by rejecting Kordahi’s comments and stressing that they had nothing to do with the government’s policy.

Kordahi said on Sunday resigning was “out of the question”, insisting that his comments were his personal views made before he became a cabinet member.

Saudi Arabia’s Foreign Minister Prince Faisal bin Farhan told Al Arabiya on Sunday that the crisis was bigger than Kordahi’s statements, and that the main crisis is the growing Hezbollah influence in Lebanon’s politics.