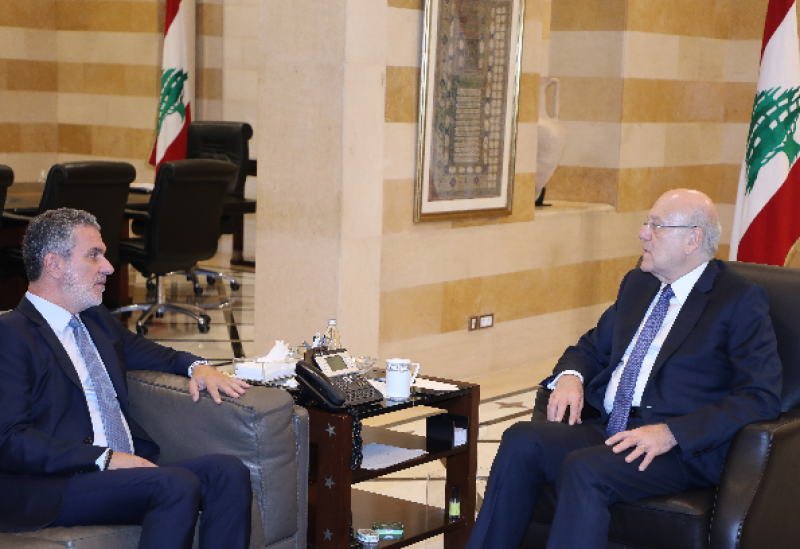 In this context, the PM-designate met with Caretaker Minister of Tourism, Walid Nassar.

The pair reportedly discussed the current general situation and an array of ministerial affairs.

Mikati also received Moroccan Ambassador to Lebanon, M’hamed Grine, with whom he discussed the means to bolster the bilateral ties in various fields.

Premier Mikati also received at the Grand Serail, MP Elie Khoury, who said on emerging that they discussed an array of developmental and daily living affairs related to the city of Tripoli, including the months-long water crisis, as well as the issues of landfill and slaughterhouse.