PM Mikati meets a delegation from the General Labor Union 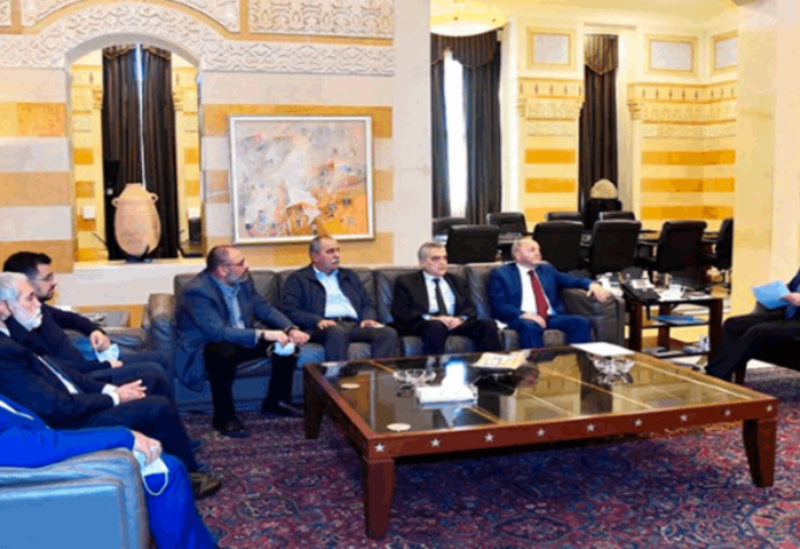 Asmar indicated that he raised with Mikati the “tough situation of the Lebanese workers who are suffering from the deteriorating economic situation.” He added: “We hoped with the good news that we hear about the possibility of reactivating the government situation, that it would be the beginning of a new stage for resolving the crises.”

Asmar discussed with Mikati “the transportation compensation for the soldiers across all military corps, and the need to give them a lump sum transportation allowance equivalent to the amount of 1.5 million LBP. The General Labor Union had sent a letter in this regard to President Mikati, the Minister of Defense and all those concerned in the military apparatus.”

He said: “We also discussed the dire situation with the Index Committee and the necessity of positive intervention by President Mikati to activate this committee, in addition to the necessity of declaring all the amounts paid at this stage to workers in the private sector to the National Social Security Fund, within the framework of providing the NSSF with funds, in order to be able to carry out his duties, in addition to the need for the state to pay its dues to the fund, which amount to approximately 5,000 billion LBP.”

Asmar added: “We also talked about the need to speed up the payment of the dues that were approved for the public sector during the dialogue with the President, which is half a month for the months of November and December, and to raise the transportation allowance to 65,000 LBP, and school grants to the private sector.”

Asmar said that Mikati has promised them to solve this hurdle, and a meeting will be held next week with the Minister of Social Affairs to expedite the issuance of the finance card, which we have been informed that the registration on its platform has touched 40,000