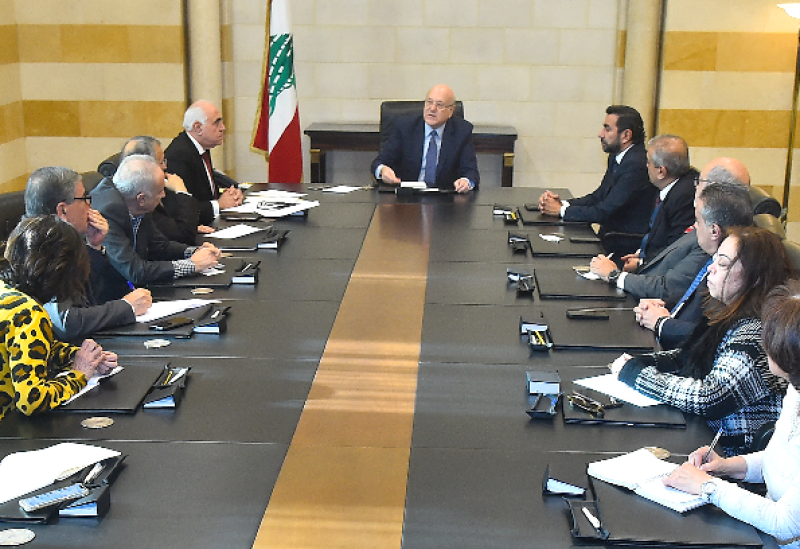 Caretaker Prime Minister, Najib Mikati, on Monday affirmed, “The army is conducting the necessary investigations into the UNIFIL incident in the South, which led to the death of a member of the Irish battalion and the wounding of three others, and we hope to reach an outcome soon.”

During his meeting with a delegation from the Editors’ Syndicate Council at the Grand Serail today, Caretaker Premier Mikati said: “Outbiddings in this file are unacceptable, so is underestimating the seriousness of what happened or considering it as an ordinary or accidental incident. The incident must be taken seriously, and a full investigation and accountability should be conducted. I am following up on this file with the army command, which is conducting the necessary investigations, and we hope to reach an outcome soon.”

In response to a question, Mikati said: “Given that the incident occurred outside UNIFIL’s area of operations, it is likely that it was not planned.”

On the file of the border town of Rmeish, Mikati said that he has requested a full report from the army on the matter, noting that “cooperation is ongoing between the army and UNIFIL in this file.”

As for holding new Caretaker Cabinet sessions after the objections over the recent session, Mikati said: “When necessary and urgent, I will call the Council of Ministers to convene, according to the constitutional powers entrusted to me, but at the present time there is nothing urgent that requires a Cabinet session.”