Pope Francis and Lebanon: Immanence of Evil and Historicity of Resurrection! 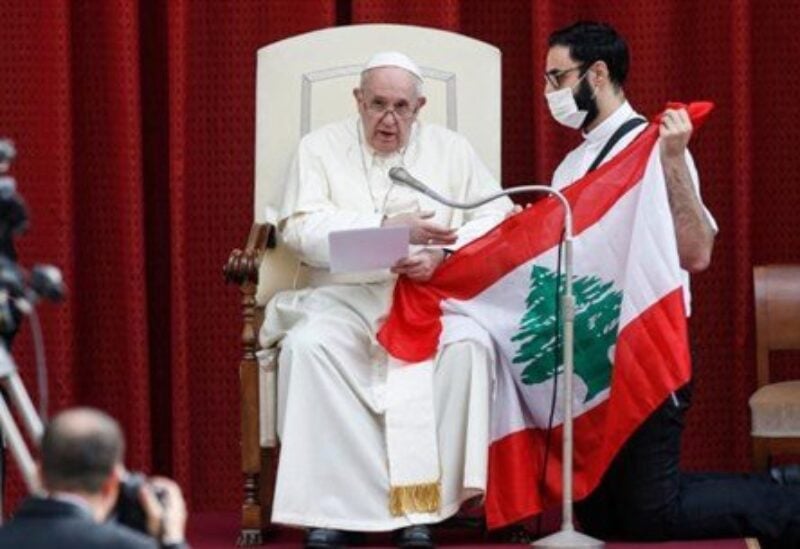 This article was written by Ziad El Sayegh:

Pope Francis’ message to the President of the Republic and his allies is deeply rooted in the theology of truth, where light is stronger than darkness, no matter how obscure the latter might seem. It is believed that no one in that lifeless space has yet realized the significance of the message in terms of hope, a strong condemnation of performance, and a firm conviction that resurrection will overcome death – good will vanquish evil -. Here lies the difficult equation, a confrontation between both entities. The first is adamant in its capacity to cause harm, though it bears the roots of its own disintegration. The second, is firm in the struggle for human dignity, community peace and justice. It is the most virulent message in the Holy See diplomacy to he who considers himself, and is cheered by many, as one of the “Fathers in protecting Lebanese and Eastern Christians”. This is what a Christian clergyman told me one day in the presence of Muslim clergy, and with a loud voice.

The statement was applauded by many. I refrained from expanding in commentary sufficing myself before leaving the meeting, with answering “The truth shall not be masked thought it may be temporarily veiled.”

Pope Francis’ message is deeply rooted theologically and geopolitically. Theologically, it is a faith based pledge to spread hope that good will overcome, and to ensure steadfastness is met in building it. And geo-politically, it is a move towards urging “The power of regression to build a Better World”, and not exclusively in Lebanon. In this piteous urge for God to inspire “The President and his aides wisdom…”, an accurate indication that Lebanon’s identity –  as a mission of coexistence, diversity, export of the alphabet, oasis of freedoms, and structural contributor to the formulation of the international charter of “Human Rights”, a founding member of the United Nations and the League of Arab States, an incubator of the “Arab Peace Initiative” (2002),  the Center for “The Human Academy for Encounter and Dialogue” (2019) –  is an accurate indication that this identity is under fierce attack from those who presented themselves as its protectors, not only on the national level but on the regional and international levels as well. The foregoing is also a strong condemnation of the choices that undermine the components of this identity.

Pope Francis’ prophetic message carries within a reprimanding tone that insists on spreading a truth that Cardinal Pietro Parolin, Secretary of State of the Holy See, expressed to Lebanon last September, in the wake of the Beirut port blast, when he repeated relentlessly: “You are not alone, we will work with all our friends in the free world to save Lebanon.” And he added these words in a whisper: “Resist, struggle, and we will do what is necessary.” Since, and a few days before this visit, Pope Francis loudly declared that “Lebanon is in great danger.” It was blatant that danger shifted to the existential aspect. This was a decisive shift in defining the features of the destructive process against the identity, which the Lebanese people face, at least in its silent bloc, and its lively societal forces, including the pillars of the October 17 revolution. The Holy See dynamism is calm, strict and silent. It does not stumble into emotions, faux pas, or malicious hypothetical scenarios.

Pope Francis has aborted the approach based on minority alliances and a plea for protection, since the “Human Fraternity” document with the Sheikh of Al-Azhar, and later in the meeting with Sayed Al-Sistani. Pope Francis now focused on human dignity, and the state of citizenship. So long to exploiting religions for political purposes or investing in politics for religious interests. This is how He faced populism and racist nationalism in Europe and America. So did his predecessor, Pope Saint John Paul II, with the ideology enshrined iron curtain.

Lebanon is caught between the immanence of evil and the historicity of resurrection. This is what Pope Francis wrote in his letter to the President of  Republic. There is no need for armies and complex proposals to uphold the truth. A profound reformulation of the essence of the Lebanese cause is the basis. Here realism meets eschatology to grasp the intensity of the historical transformation. Will anyone understand it?