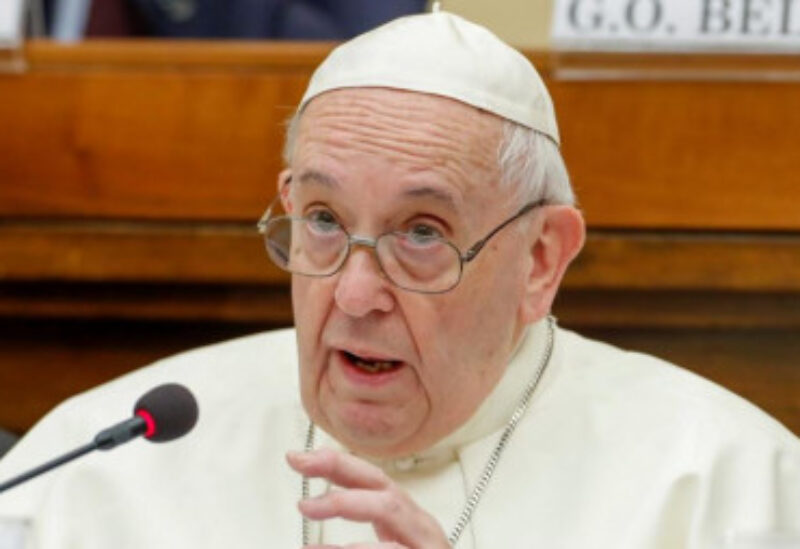 On Sunday, while Catholics across the Middle East prayed for peace at Divine Liturgies, Pope Francis issued a letter to their pastors praising them for taking the initiative.

The Holy Family was also consecrated by the Catholic Patriarchs of the Middle East.

The Pope, speaking during the Sunday Angelus, urged Christians around the world to pray for peace in the Middle East.

“May the Lord sustain those who struggle for dialogue and fraternal coexistence in the Middle East, where the Christian faith was formed and continues to thrive despite the sufferings,” he stated. “May God always bring strength, endurance, and bravery to those lovely people.”

Separately, the Pope remembered his Apostolic Visits to the Middle East in a letter to Catholic Patriarchs, beginning with his pilgrimage to the Holy Land, Egypt, the United Arab Emirates, and Iraq.

“I have endeavored to be near to your difficulties since the beginning of my pontificate,” he added, noting that he has frequently encouraged the Church to pray for and assist Syria and Lebanon.

Pope Francis then reflected on the Holy Family of Jesus, Mary, and Joseph, to which the Middle East was consecrated on Sunday.

He said the Holy Family represents Middle Eastern Catholics’ identity and mission. “Above all, it safeguarded the mystery of the Incarnation of the Son of God, and was built around Jesus and lived for Him.”

The Pope called the Holy Family “a mystery of humility and submission”, which was widely recognized by the great and small alike, but which was persecuted by those who seek only worldly power.

VOCATION INSPIRED BY THE SPIRIT

Pope Francis urged all Catholics in the Middle East to rediscover how each community can fulfill its vocation in the consecration to the Holy Family.

He said this entails “not only asking for the just recognition of your rights as citizens of that beloved land, but also living your mission to take care of and witness to your apostolic origins.”

The Pope lamented the violence that often plagues the region, recalling that human projects for peace must rely on the “healing power of God.”

“Do not try to slake your thirst at the poisoned wellsprings of hate,” he said, “but let the fields of your hearts be irrigated by the rays of the Spirit, as the great saints of your respective traditions have done: Copts, Maronites, Melkites, Syriacs, Armenians, Chaldeans, and Latins.”

The Pope concluded his message recalling the many civilizations which have been born and died in the Middle East.

“However, the Word of God has remained as a lamp that has illumined and illuminated our steps since our father Abraham,” he stated.

Under the banner of “the promise of human fraternity,” he exhorted Middle Eastern Catholics to persist in their faith and in their prayers for peace.

He responded, “May you genuinely be salt for your countries.” “Add flavor to the life of our societies by attempting to contribute to the common good in accordance with the principles of the Church’s Social Doctrine.”