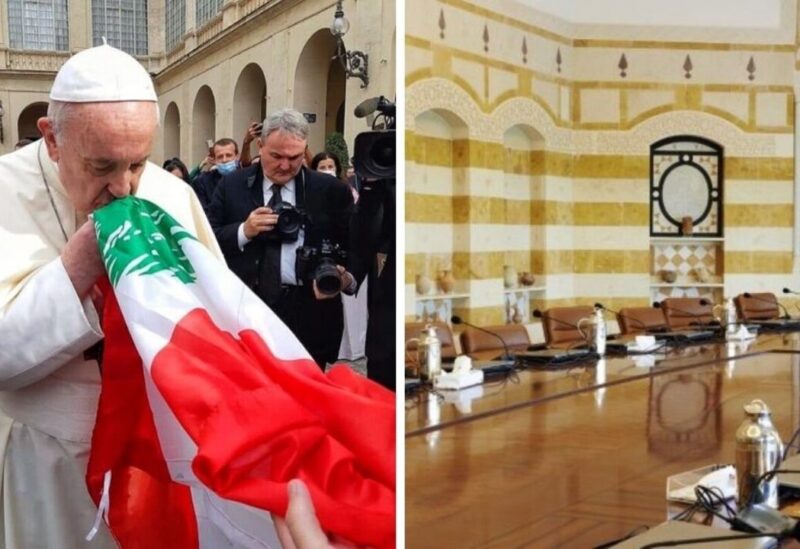 Pope Francis held an audience with Prime Minister-designate Saad Hariri at the Vatican on Thursday, with discussions exploring what role the Holy See could play to help Lebanon overcome its crises, the Daily Star reported.

A statement from the Hariri’s media office also said the meeting went over the “historic ties” between Lebanon and the Vatican. At the end of the audience, Hariri presented the pope with an art piece by Christian Palestinian artists.

Pope Francis will not be visiting Lebanon before the formation of a new government, sources told MTV late on Wednesday.

Hariri, a three-time premier traditionally aligned with the Gulf monarchies, remains at loggerheads with Lebanon’s President Michel Aoun and has been unable to form a new government to carry out much needed reforms to unlock international aid since his nomination in October.

Aoun reportedly insists on gaining veto power for his political team and will prolong the governmental void at all costs to achieve his goal, claiming it necessary to protect the rights of Christians in Lebanon.

The concern for Christian rights is mirrored by his son-in-law Gebran Bassil, who heads the Free Patriotic Movement.

On the day before Hariri was to hold a meeting with Pope Francis, Bassil visited Lebanon’s top Christian cleric, Maronite Patriarch Bechara Boutros Al-​Rai, in Bkirki.

During the meeting, the FPM leader reiterated that he will continue the struggle for the rights of the Christians. “If Christ had given up, there wouldn’t have been any Christianity,” he tweeted, as though comparing himself to Jesus.

Bassil came under fire following his Twitter post as all people of all sects in Lebanon have been deprived of the very basic right to live with dignity under his ruling party.