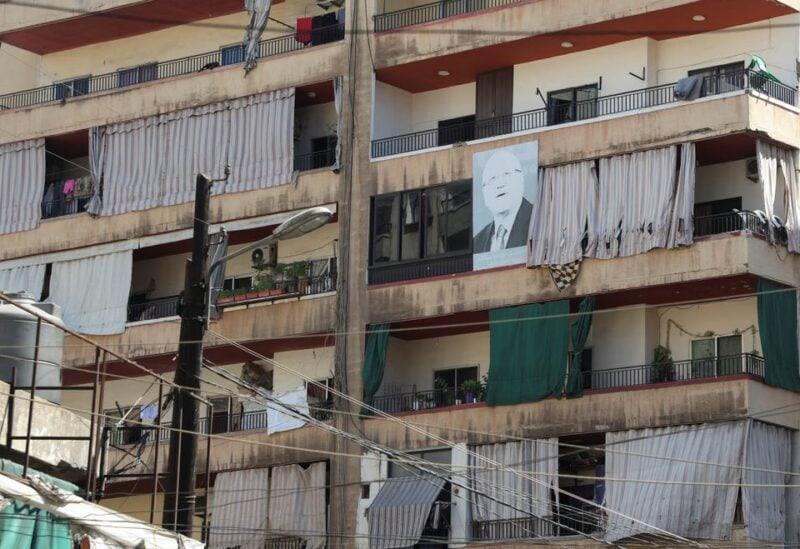 A picture of Lebanon's Prime Minister-designate Najib Mikati is placed on a residential building in the northern city of Tripoli, Lebanon September 23, 2022. REUTERS

The poorest citizens of Lebanon’s wealthiest metropolis, Beirut, are mourning their dead once more.

Mustafa Misto, a cab driver from Tripoli, and his three small children were among those whose dead were discovered off Syria’s coast on Thursday after they departed Lebanon aboard a migrant boat carrying more than 100 people.

With 94 deaths discovered, including dozens of children, it is the bloodiest such voyage from Lebanon, where escalating misery is driving an increasing number of people to make the risky trek on shoddy and overloaded boats in search of a better life in Europe.

Before going on the ill-fated expedition, Misto had become deeply in debt, selling his vehicle and his mother’s jewelry to feed his family but still unable to purchase basic necessities such as cheese for his children’s sandwiches, according to relatives and neighbors.

“Everyone knows they could die, but they say, ‘Maybe I’ll get someplace, maybe there’s hope,'” Rawane El Maneh, a cousin, said. “They went… not to die, but to live again. They are now living a new life. I’m hoping it’s much better than this one.”

The tragedy has underscored soaring poverty in northern Lebanon, and Tripoli in particular, that is driving ever more people to take desperate measures three years into the country’s devastating financial collapse.

It has also brought into focus stark inequalities that are particularly acute in the north: Tripoli is home to a number of ultra-rich politicians but has enjoyed little in the way of development or investment.

While many of Lebanon’s sectarian leaders have spent money in their communities to shore up political support, residents in Tripoli say their area has been neglected despite the wealth of its politicians.

“We live in a nation where politicians merely suck up money and speak, with little consideration for what people need,” El Maneh explained.

Tripoli, Lebanon’s second largest city with a population of over 500,000, was already the poorest in the country before the country descended into financial disaster, the result of decades of corruption and weak administration supervised by ruling elites.

According to Mohanad Hage Ali of the Carnegie Middle East Center, despite the political ascendancy of affluent merchants from the city, Tripoli has witnessed no substantial development attempts since the 1975-1990 civil war. This “resembled the country’s expanding inequality and income disparities,” he added.