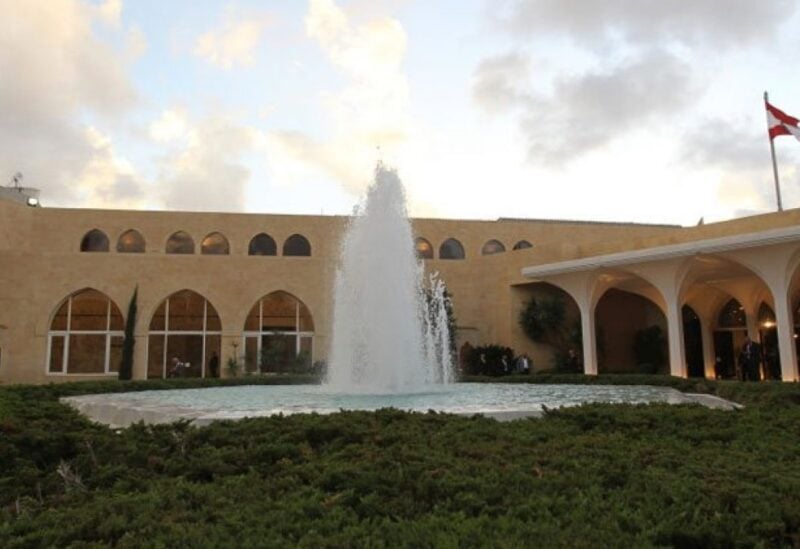 The Presidency Press Office said in a statement: “An issue matter which we will not stop at in the statement issued by Parliament Speaker Nabih Berri before noon today, is his unfamiliar method in political communication in form and content.”

The statement added: “However, it is worthwhile to stop with astonishment, that the statement issued yesterday by the Presidency of the Republic received an unexpected reaction from Speaker Berri, especially with regard to the position of the President of the Republic in the national structure enshrined in the National Accord Document, and what it symbolizes of the nation’s unity and its role in ensuring respect for the constitution and the preservation of the nation’s independence, unity and territorial integrity, which makes it, through its constitutional oath and in accordance with its powers, entrusted with the interests and rights of the people.

It is really unfortunate that Speaker Berri spoke about the President’s inability to have a single minister in the government, justifying this by not participating in the vote, as if he wanted to confirm what has become certain that the real goal of the campaigns against the President of the Republic is to disrupt his role in the formation of the executive authority, monitoring its work with the legislature, and excluding it in action at times, and sometimes in words, from assuming the responsibilities that the constitution has placed on it.

As for President Berri’s understanding from yesterday’s statement that the President of the Republic does not want the initiative “approved by the East and the West” and does not want Prime Minister Saad Hariri as prime minister and builds on this approach what in his opinion is right or not, then it is the height of denial and estrangement from the truth, because the President of the Republic responded to the will of the Parliament, and Prime Minister Hariri was assigned to form the government by a decision issued, after overlooking many abuses and exposure to the presidency and the person of the president and the powers…all in order to facilitate the formation of the government despite the attempt to invent new constitutional norms.

Likewise, the President of the Republic did not demand the nomination of two ministers in addition to the eight ministers, nor did he ask for the blocking third, although there is nothing to prevent this.

In addition, the President worked hard to implement the French initiative and dealt positively with Speaker Berri’s endeavor, as evidenced by the fact that he postponed the dialogue that he had intended to invite, to make way for the Speaker to succeed in his  endeavor.

It is useful for Speaker Berri to also remember that the “loud speech” issued by the parliament stressed that the prime minister-designate must agree with the President of the Republic to form the government, which did not happen despite the passage of more than 8 months since the assignment, and there was no need for a statement from Speaker Berri to realize that there are those who have not yet forgiven to regain presence and role after years of abuse and exclusion from 1990 until 2005.

In any case, the Parliament Speaker and others must realize that the President of the Republic is seeking with all his might a solution to the governmental crisis that was provoked by practices that have become known to all, and complicated by desires to marginalize the role of the President of the Republic and limit his powers and responsibilities. Perhaps the statement issued today is the best evidence of  that.

The Presidency of the Republic, being satisfied with the foregoing, refrains from engaging in the inaccuracies mentioned in the Speaker’s statement, and notes for him the only positive point, which is the desire to keep his initiative continuing to facilitate the formation of the government, even if the statement issued today dropped the character of the “mediator” by Speaker Berri.

Unfortunately, this made the Speaker a party that could not give itself the right to act “in the name of the Lebanese people”.

The President, who is experiencing the suffering of the people, is keen to establish an executive authority through a rescue government capable of providing solutions to the living and life crises that have become a threat to the lives and livelihoods of the Lebanese people”.